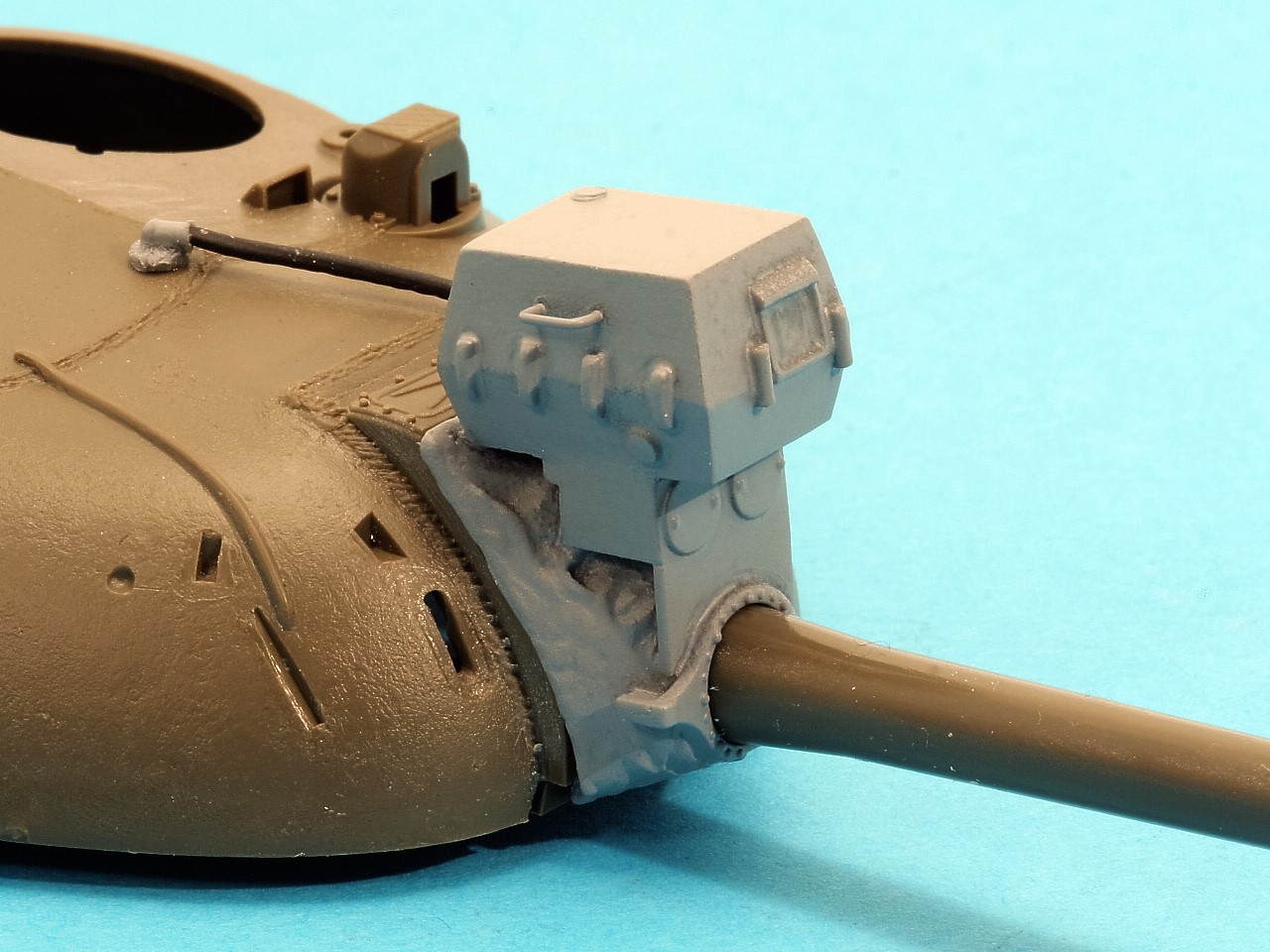 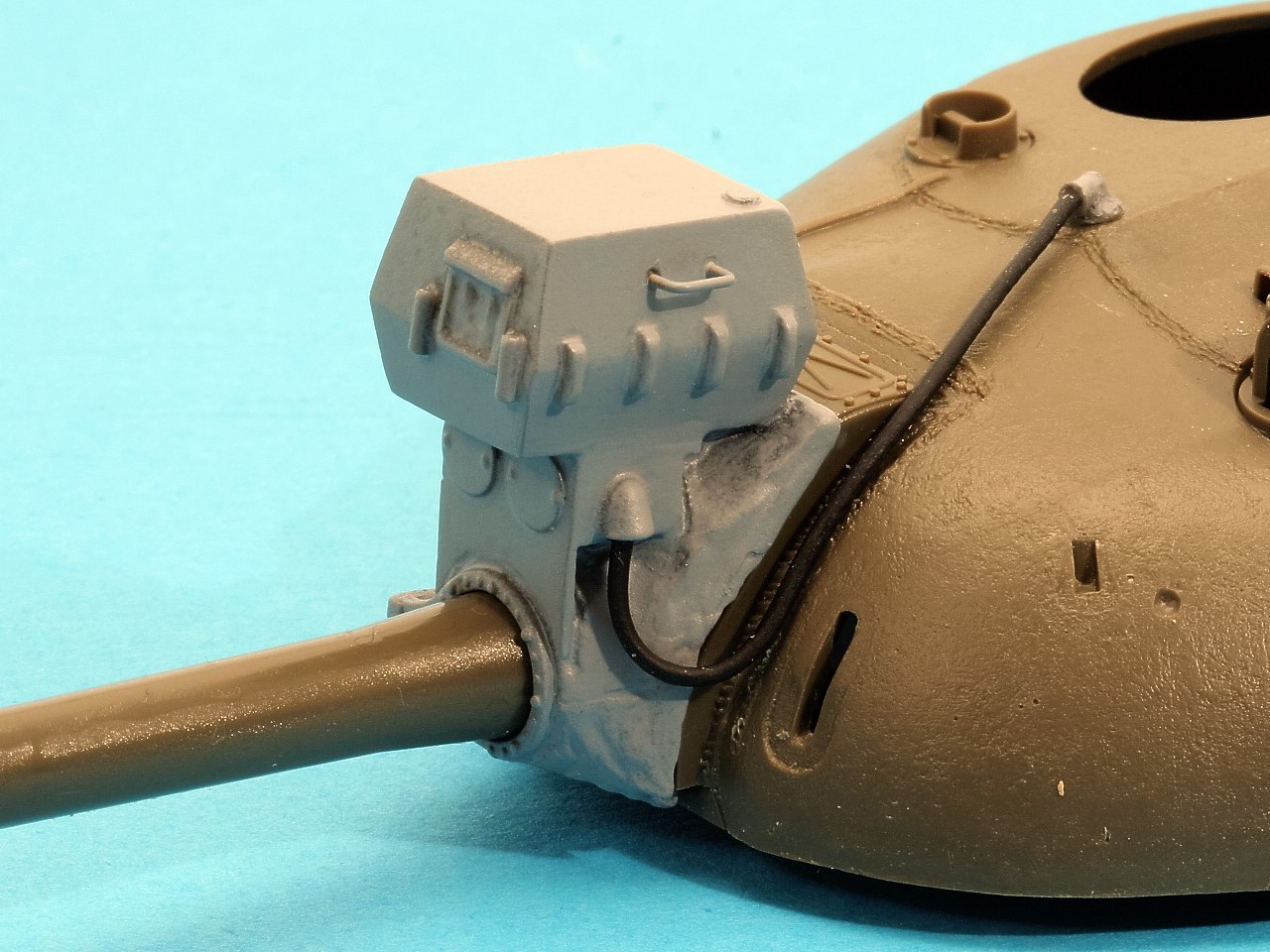 This 1/35th scale resin update was researched and designed by Zack Sex to replace the main gun mantlet on the Tamiya kit of the Soviet T55A MBT (Kit 35257) with a version with improved detail and mounting a North Korean “Dog Crate” Laser Rangefinder (LRF) which was fitted to various later marks of T55 series MBT’s from 1974 onwards.

This rangefinder is particularly common on T-Series Tanks used by African and Middle Eastern Armies and Militia forces. The part is a simple replacement for the kit part and depicts the gun barrel level, cable outlet, flexible cable and brass handles are included.