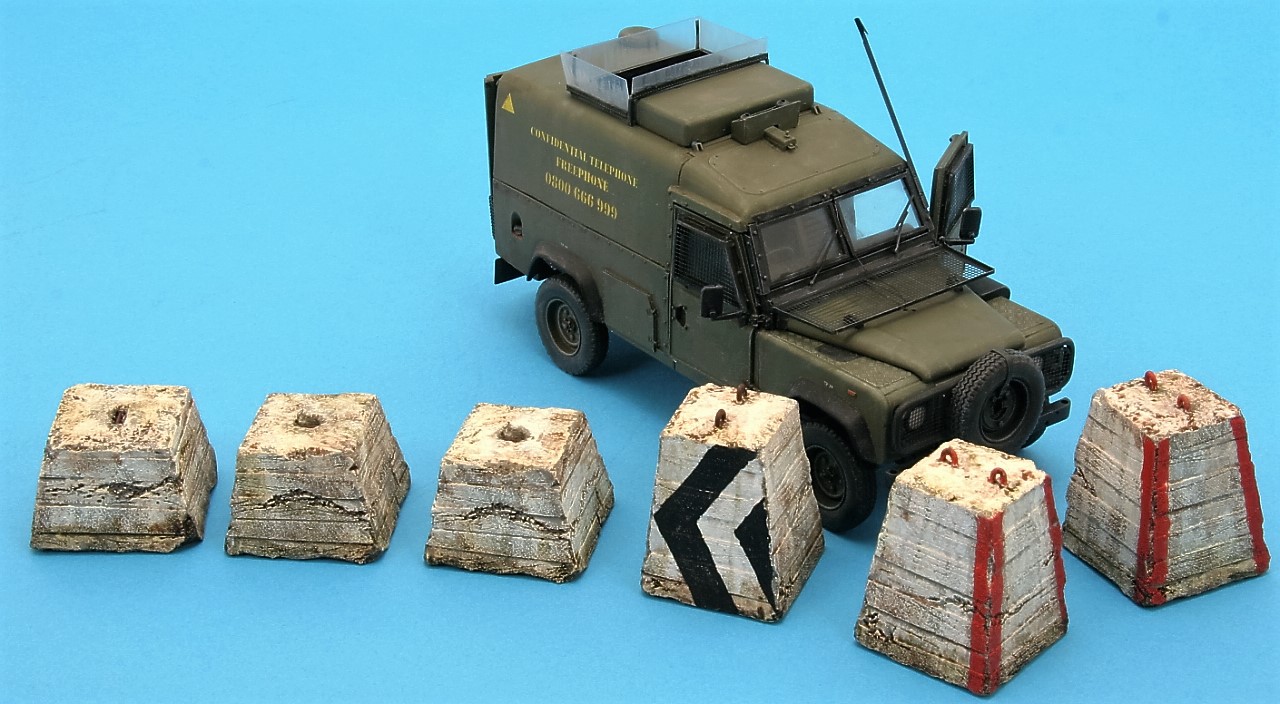 This etched stainless steel fret contains enough Razor Wire for most applications in 1:35th scale (all the items shown above were made from just one set).As it is etched in stainless steel no painting is required, just use from the packet! But beware the stuff is sharp! Join end to end by overlapping lengths ‘back-to-back’ by approx 2-barbs and gluing or soldering.This super value set contains 4.8 Metres (5.2 Yards) total length, which equals 168 Metres (182 yards) scale length

The HOTSPUR Armoured Land Rover was developed by the Royal Ulster Constabulary (RUC) in Northern Ireland and is based on the 109” chassis, Series III Land Rover. Its development was the direct result of the increasing use of high-velocity weapons against Police in the province. Protection provided by the VPK (Vehicle Protection Kit) Land Rovers that preceded Hotspur was sufficient to defend against bomb blasts, nail bombs and reduced the energy of high-velocity munitions but could not prevent penetration into the crew compartment. 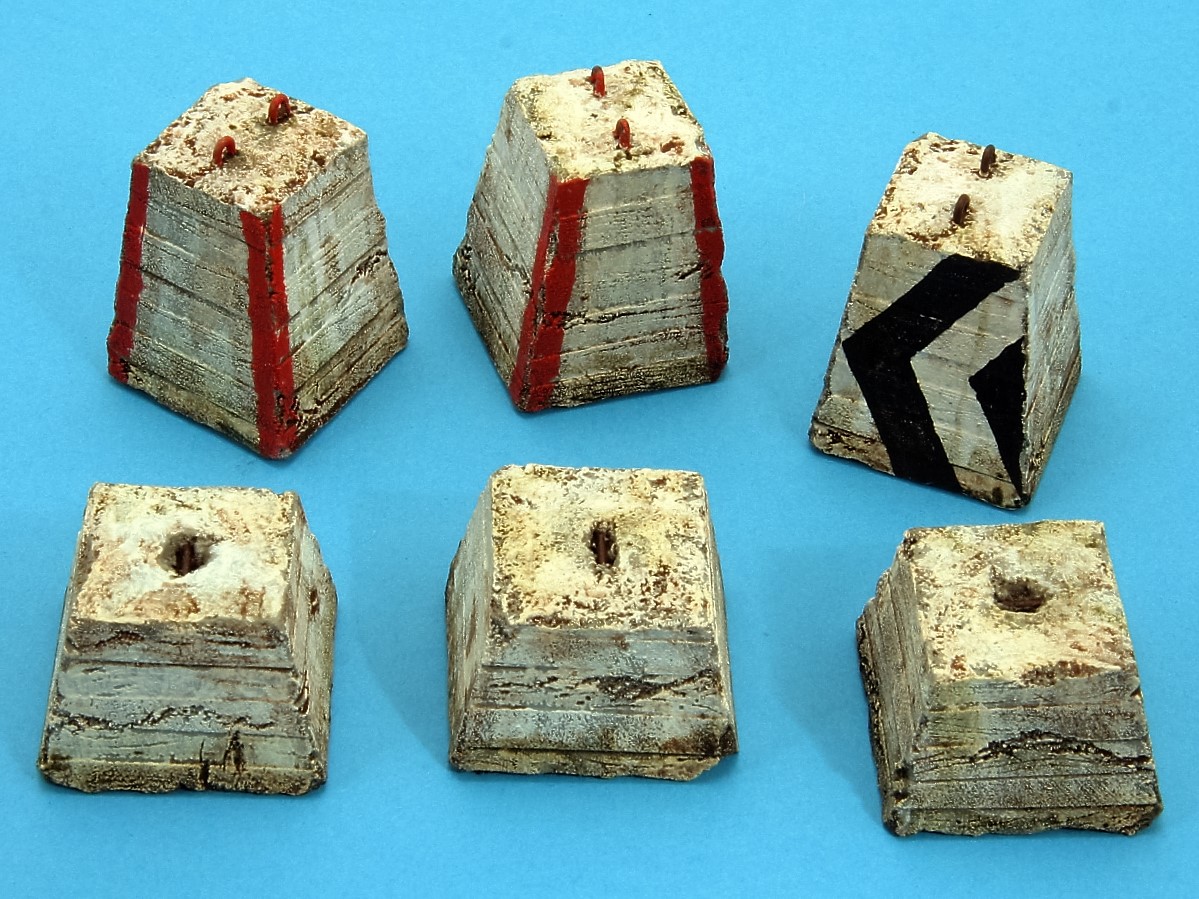 A set of 6 1/35th scale resin cast concrete road barrier blocks. This set is suitable for use in the UK and Northern Ireland or anywhere as an improvised vehicle barriers for light non military vehicles.