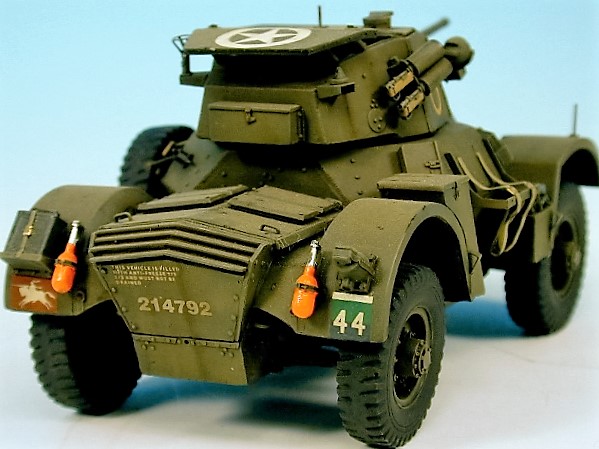 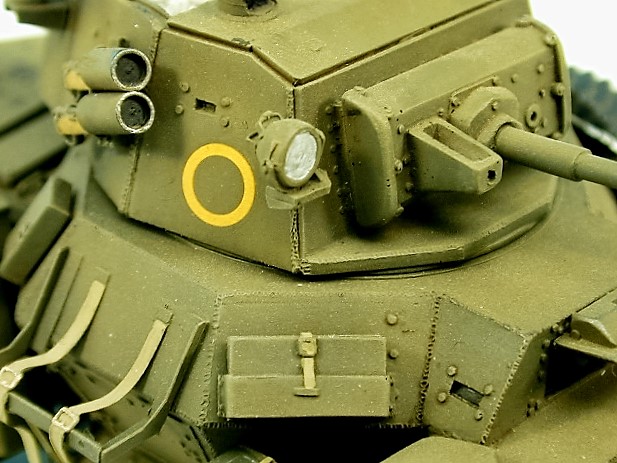 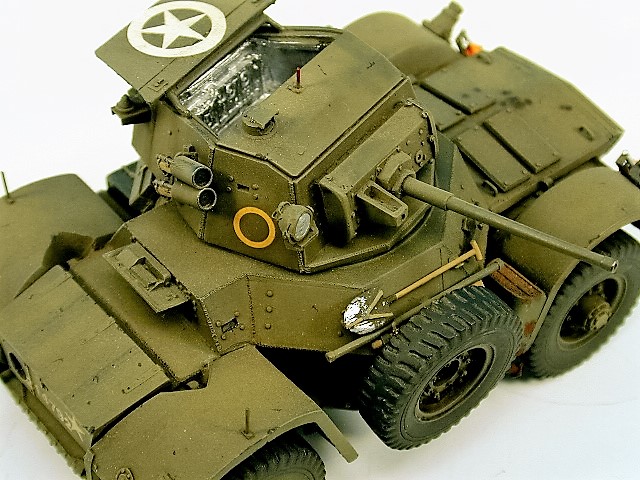 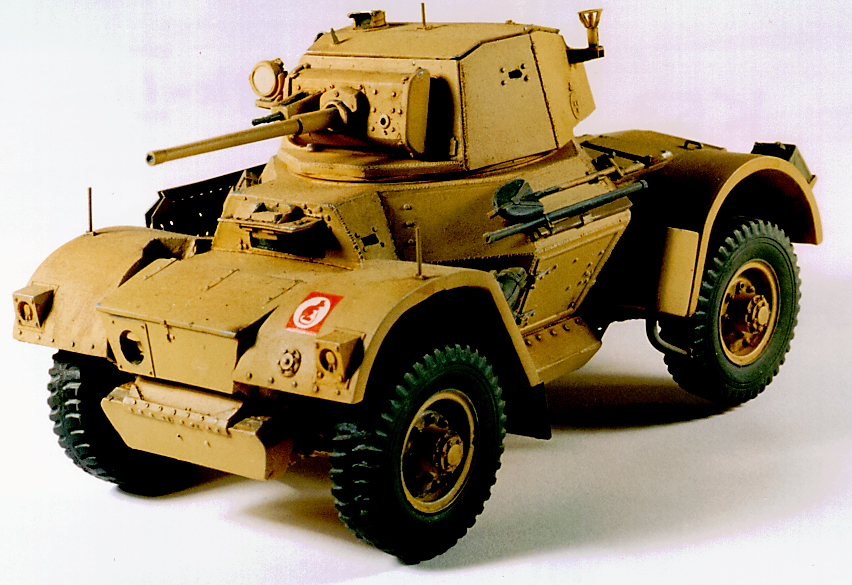 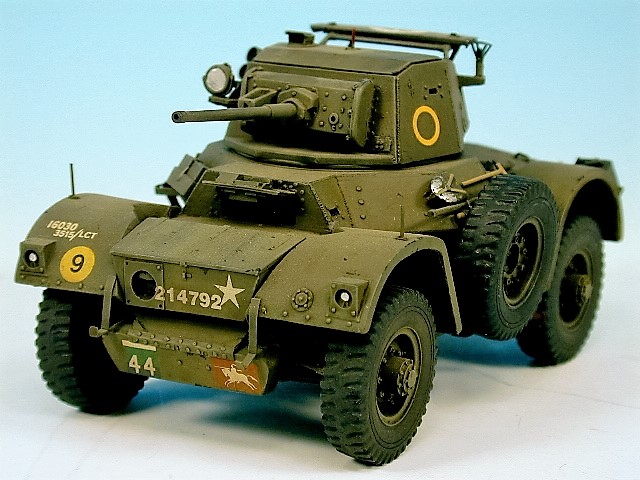 The Daimler Armoured Car was one of the best designed AFV’s of WW-II, and featured 4 wheel drive with long travel independent suspension. Armed with a 2pdr (40mm) gun and with 16mm of armour, the Daimler had a top speed of over 50 mph. A “Littlejohn” adaptor could also be fitted to increase the performance of the 2pdr gun. Daimlers were first introduced during late 1941, and in all over 2,500 examples were produced. Daimler served in the British Army for many years post-war.