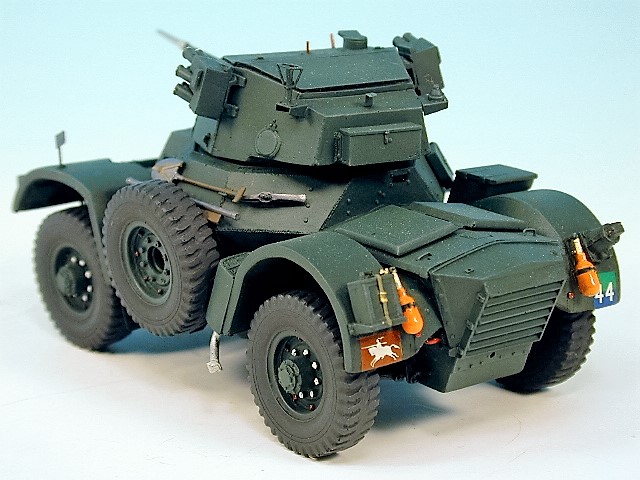 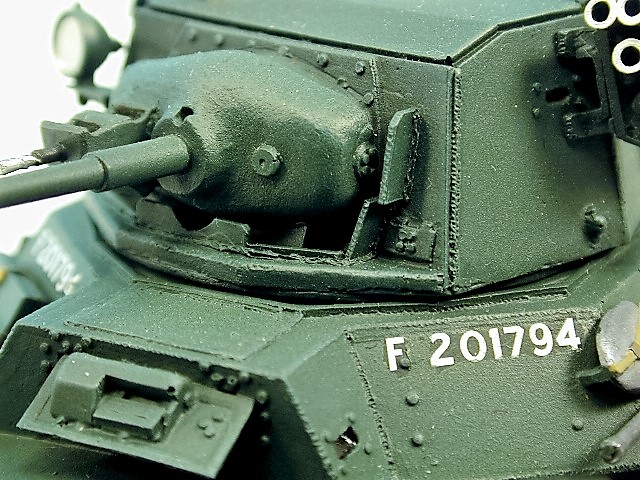 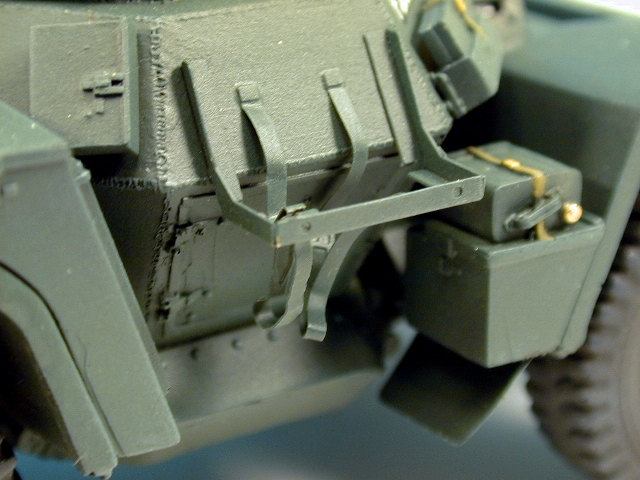 Production of the Daimler Mk-II started during 1944 with most examples appearing as battle replacements. This vehicle featured an improved mantlet and turret front, drivers top hatch, new engine decks and hull rear. The daimler continued in British army service for many years post-war when the twin 4” smoke dischargers were replaced by multi-barrel grenade launchers. the ‘Littlejohn adapter’ was not used post-war, but the spare wheel carrier was standard.