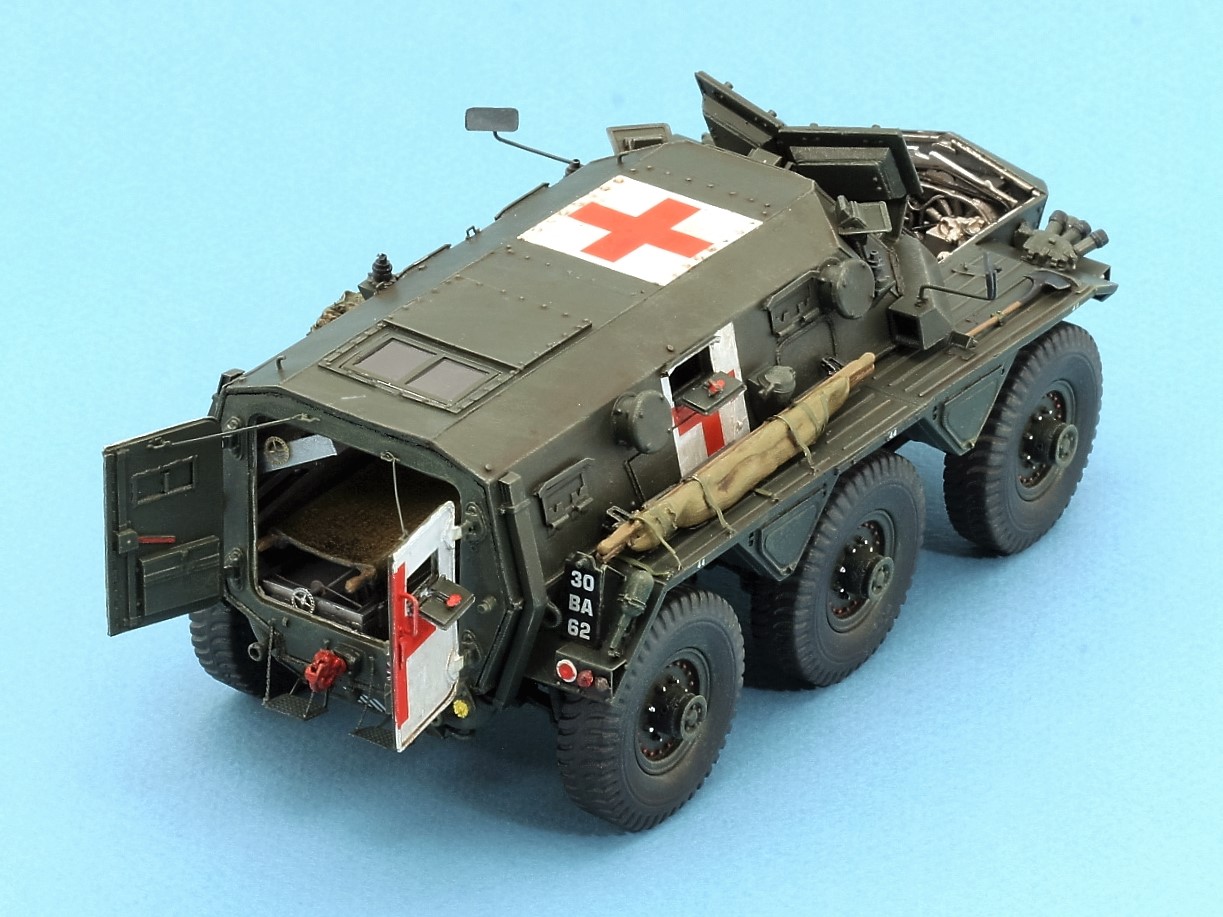 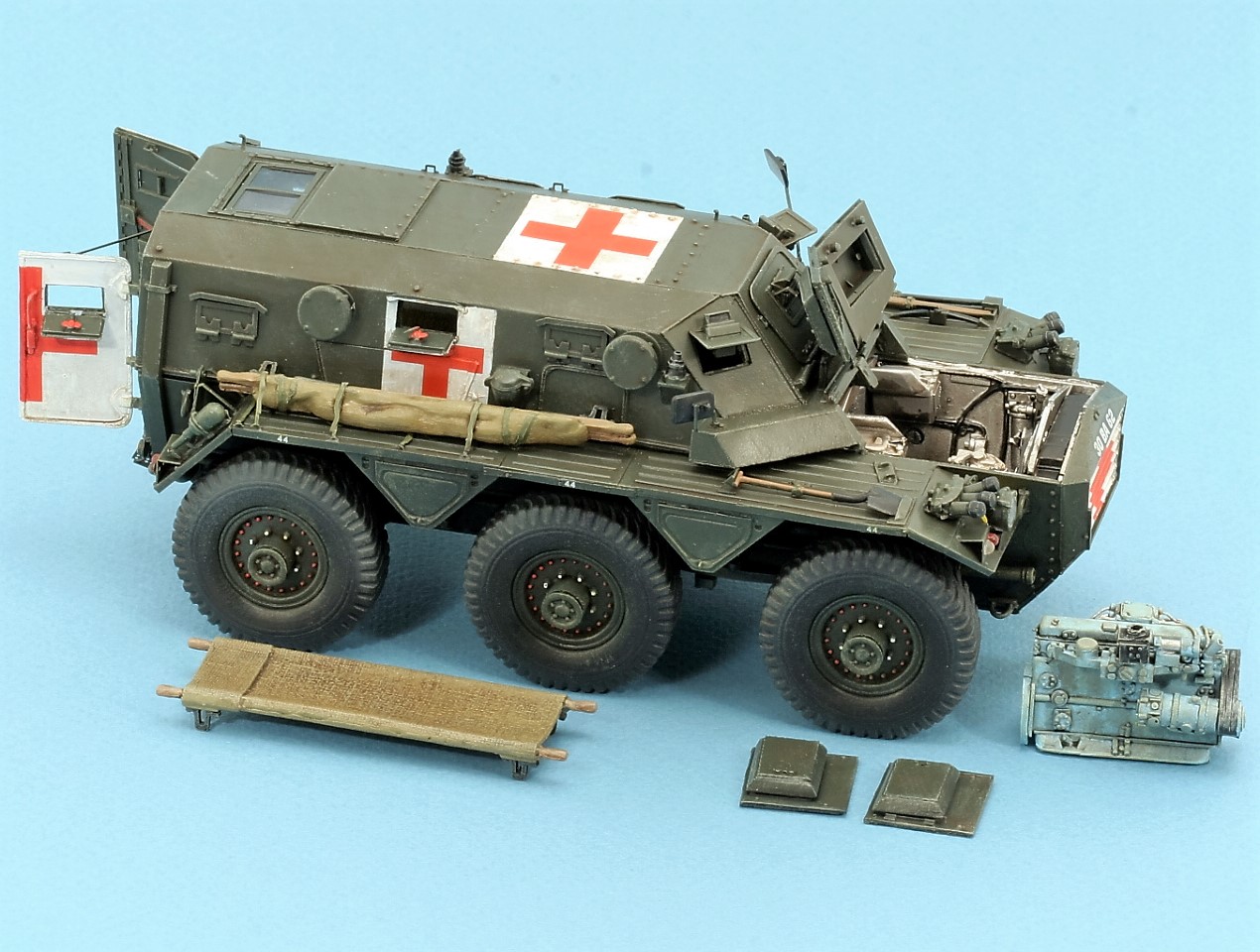 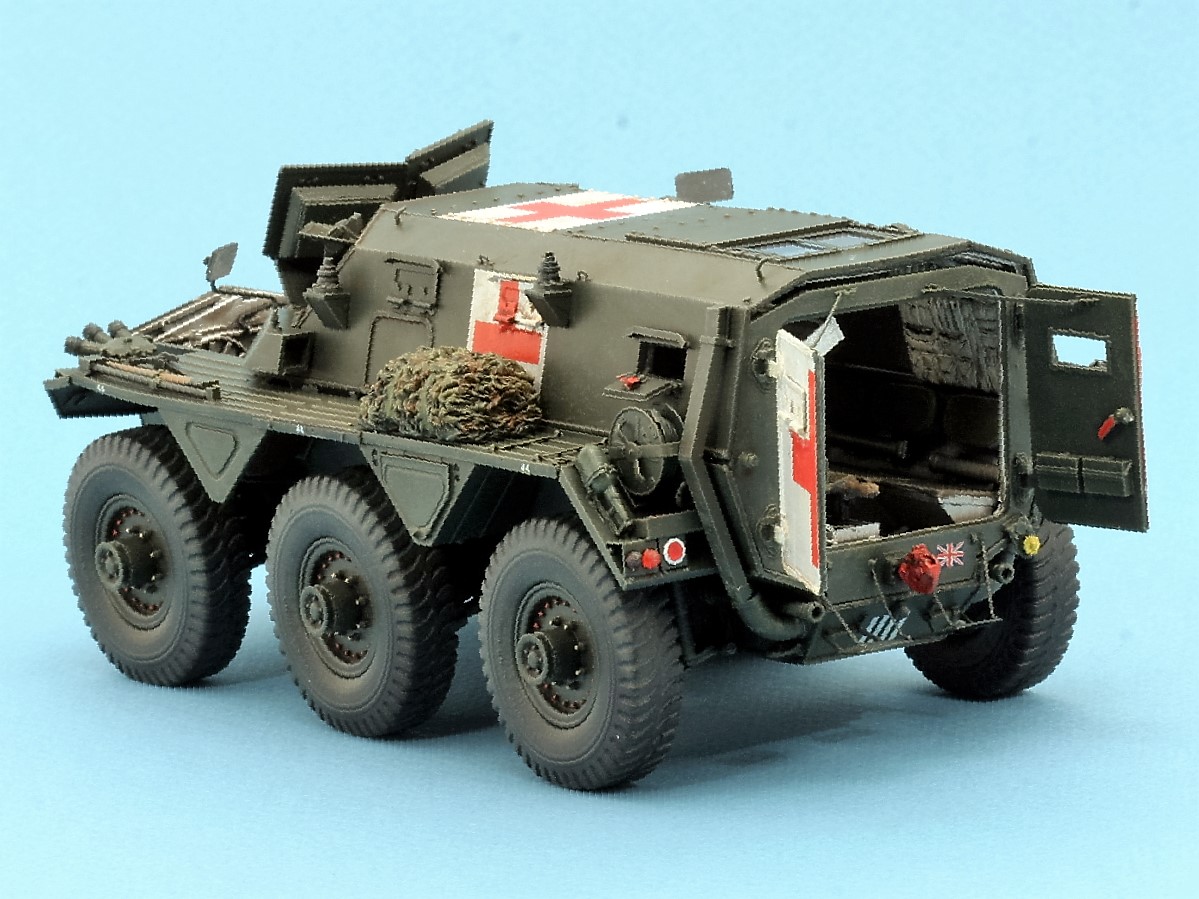 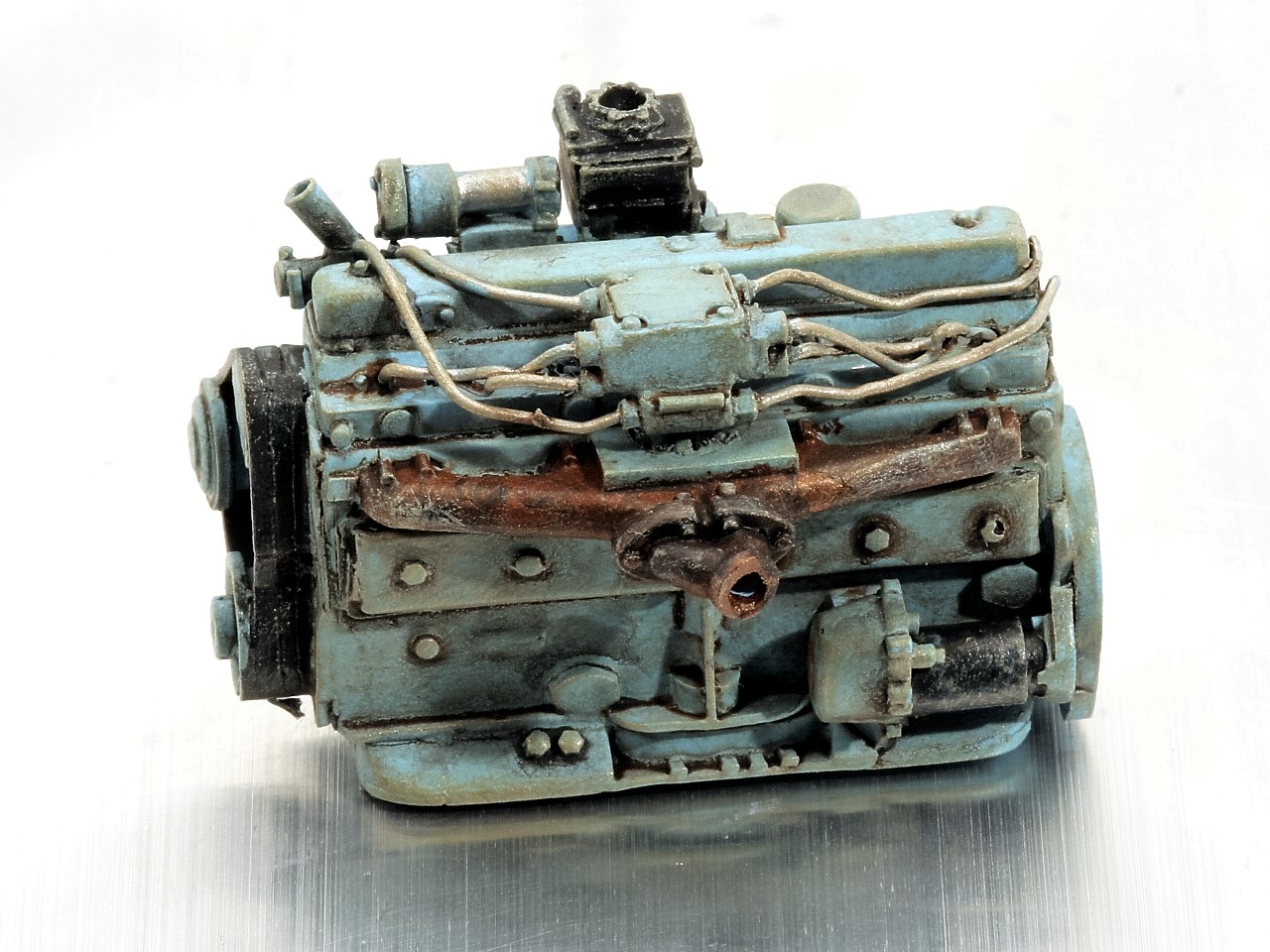 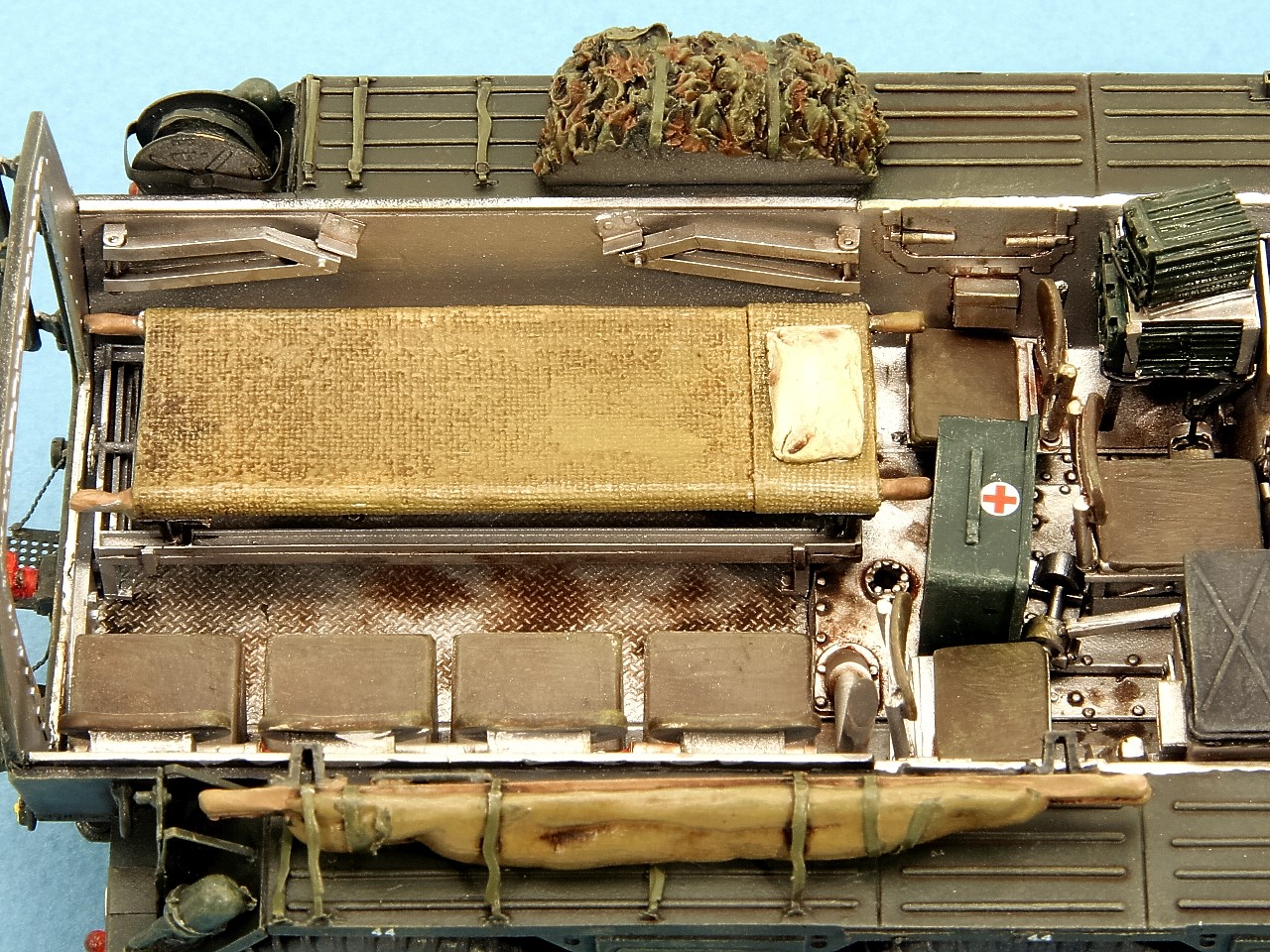 The Alvis SARACEN 6x6 APC family saw extensive service over several decades in all theatres of operation with the British Army. Originally designed in 1950 as a fully armoured wheeled APC for use in Malaya , the 10 Tonne SARACEN was powered by a 5765cc Rolls-Royce B80 Petrol Engine.

This kit includes as standard an accurate and complete full interior for the crew and infantry compartments, in this case adapted with pull down stretcher rails, stretchers, fittings and extensive stowage. The engine bay is fully detailed with correct radiator detail, B80 engine and other fittings accessed through the four opening and interlocking deck hatches.

For ease of assembly all of the interior can be painted before final fitting and we have supplied a choice of No.19/No.88 or Larkspur Radios.An extensive etched brass detail set including rear mesh steps and many smaller fittings, stays and straps, coloured transparent light castings, and full colour decals with authenticated vehicle registrations and some tactical markings and red cross markings are also included.