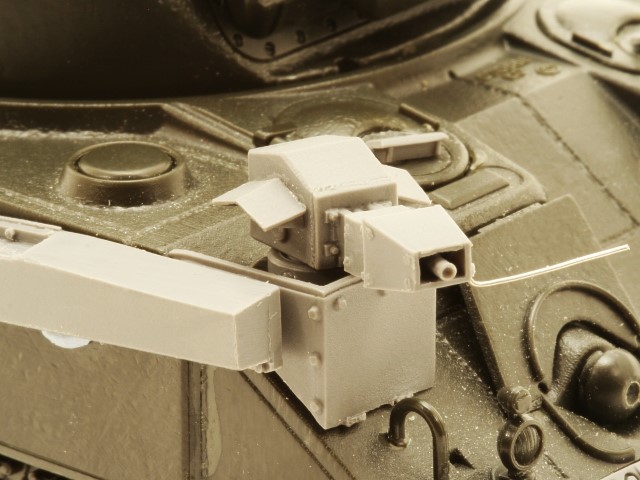 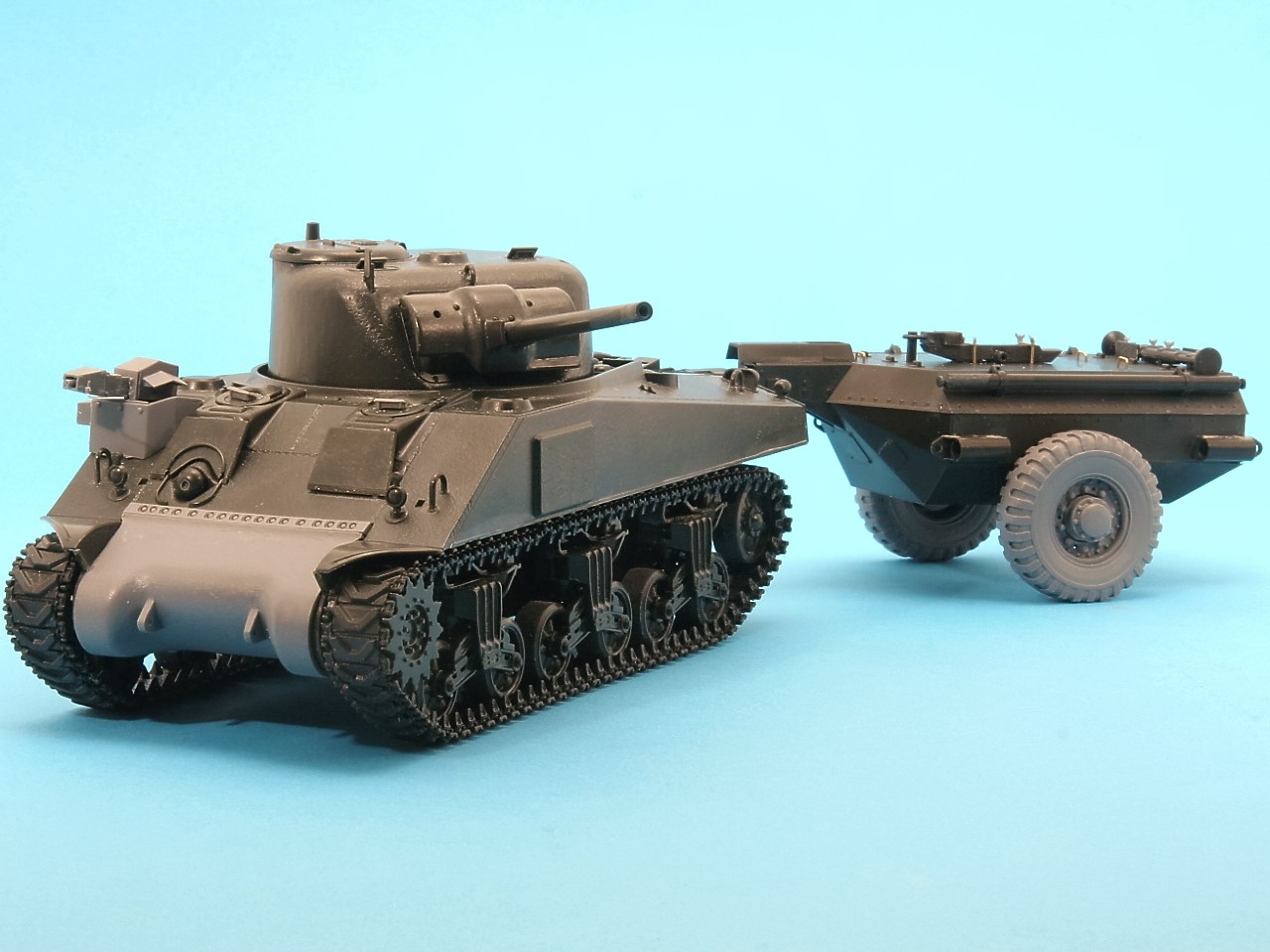 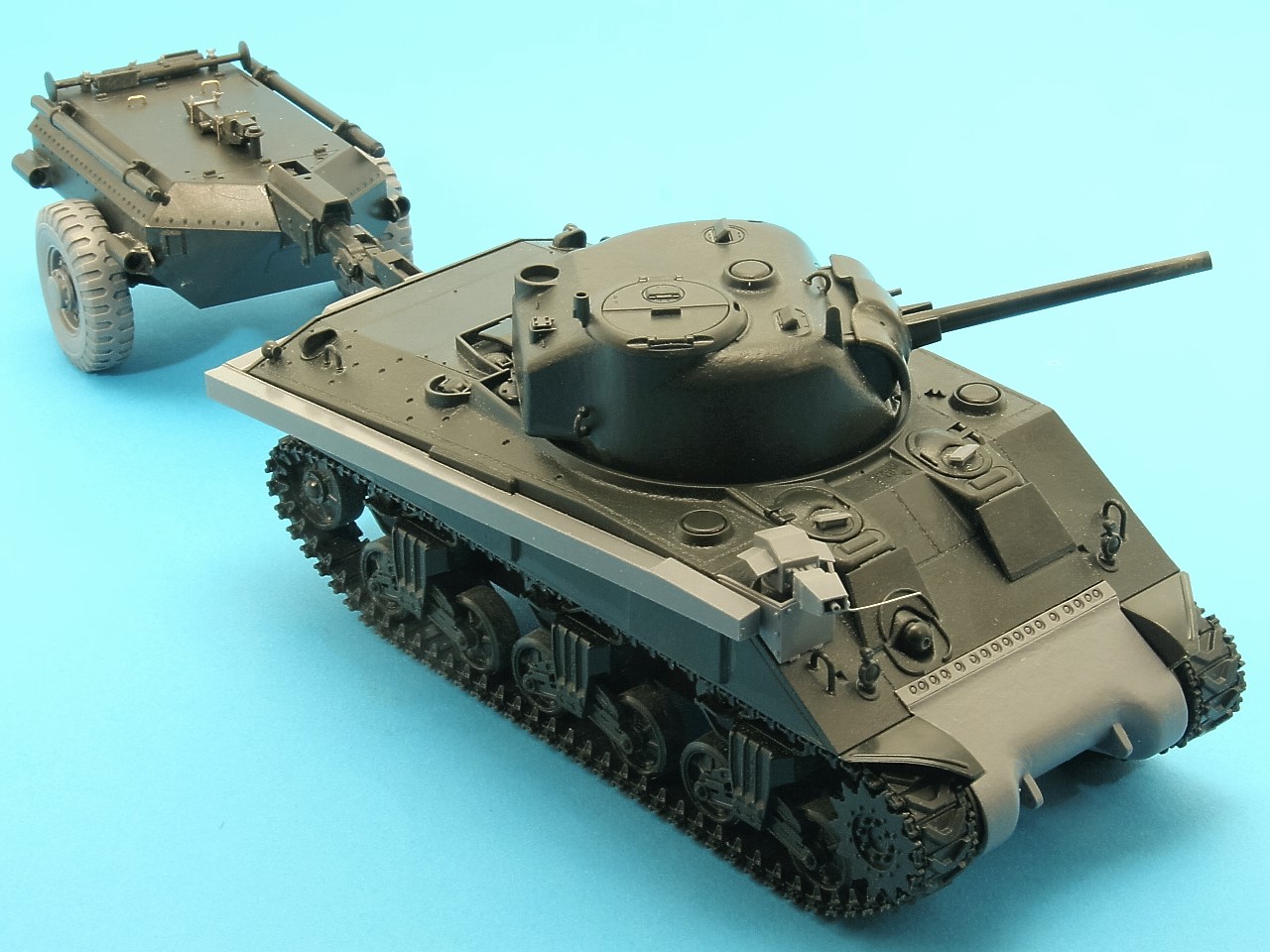 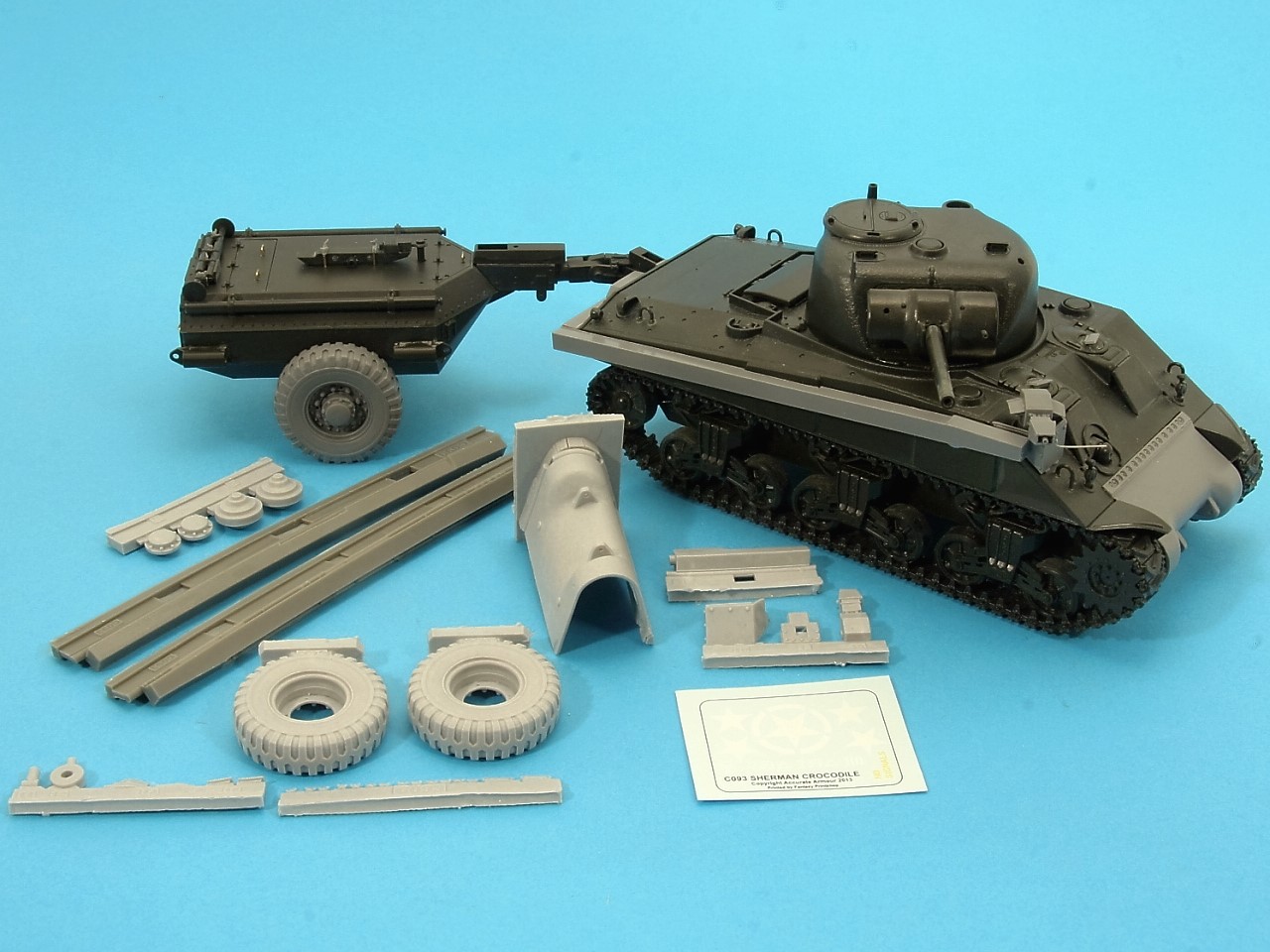 This 1/35th scale resin conversion by Jon Bottomley & Rob Tearle depicts the U.S.Army M4 Sherman Crocodile flamethrowing system as used in North West Europe in WW2. Four of these equipments were produced and issued to the HQ company of the U.S.Army 739th Tank Battalion and were used in combat in the closing weeks of WW2.The donor kits required comprise the Tamiya Churchill Crocodile (Trailer only) and the Tamiya M4 Sherman (in our studio example shown above), however other M4 Sherman kits or converted kits can be used.

The conversion is simple to apply and includes a choice of bolted and welded trunking, transmission nose, rotating flame gun and rear connections for the Sherman. New wheels with the correct pattern and size tyres, hubs and some smaller detail items are also included for the Crocodile trailer. A small set of decals with the U.S.Army unit markings and some other details are also included.Of course Sherman fans may wish to enhance the M4 further, with wheels/tracks and other after market sets from us or other producers. This set provides the basic parts for an interesting, original and unusual Sherman project.

Pictures suggest the Sherman was fitted with Rubber Chevron track with ‘Duckbill’ extenders, which is available from us or other providers. Now these older Tamiya kits may not be 100% accurate by todays standards, but they can be made into very nice models. The total proof of this is shown in the link below where the noted author and modelmaker Steve Zaloga makes a Sherman Crocodile for Military Modelling Magazine (not from this conversion of ours but from scratch), and this article provided us with the inspiration to make a set so that others could do the same. Do look and please enjoy making models! http://www.militarymodelling.com/news/article/sher…

This product is a Double Conversion set and two donor plastic kits are needed to make the vehicle shown in the images.