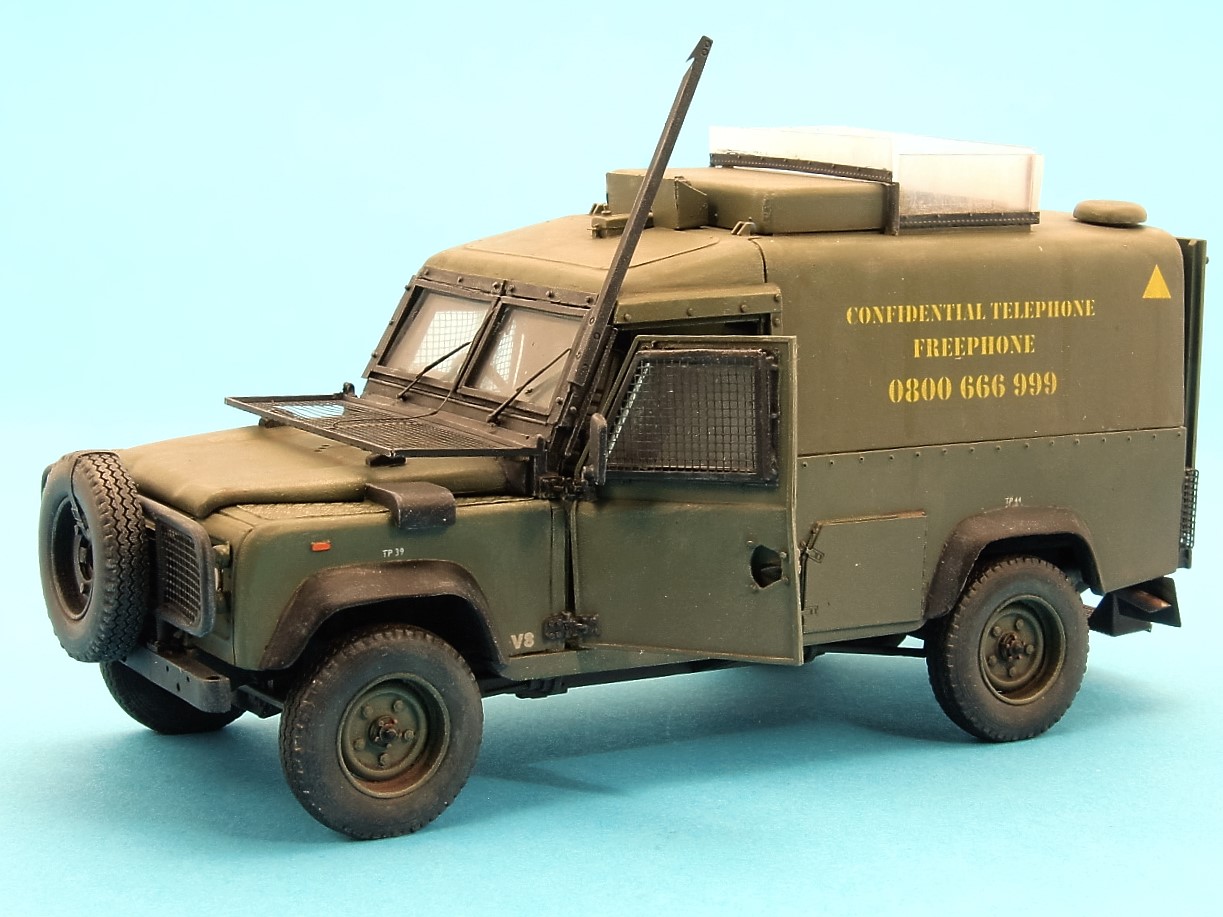 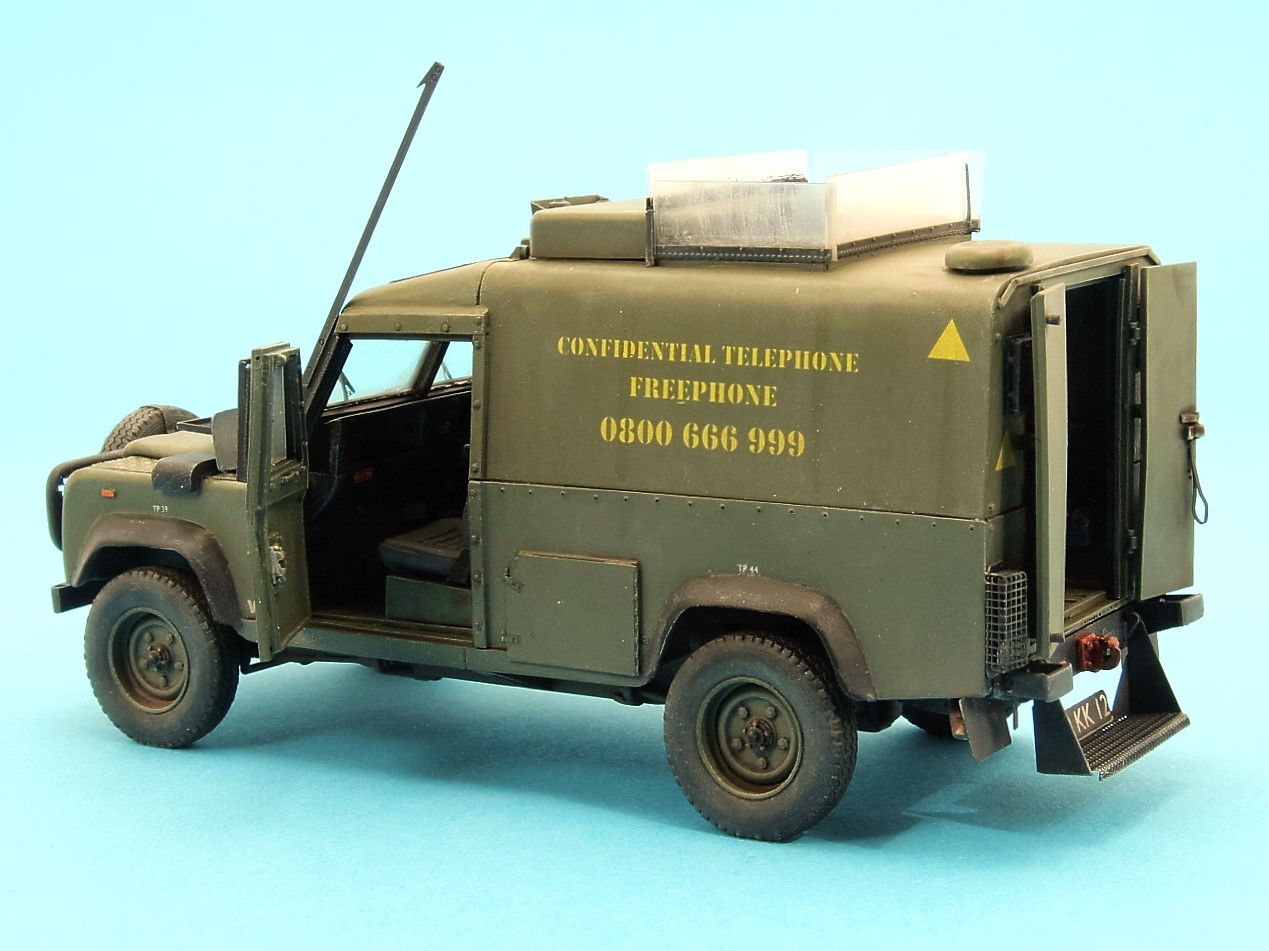 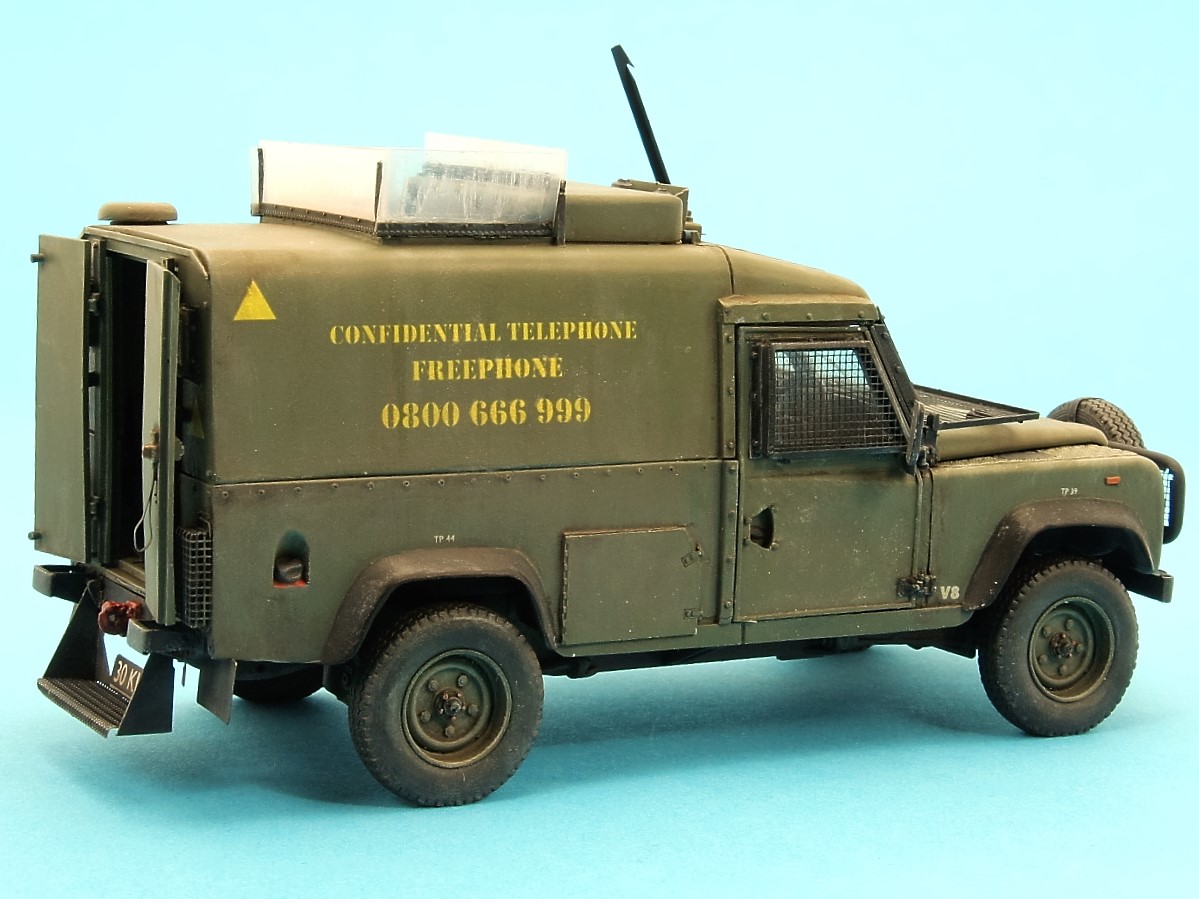 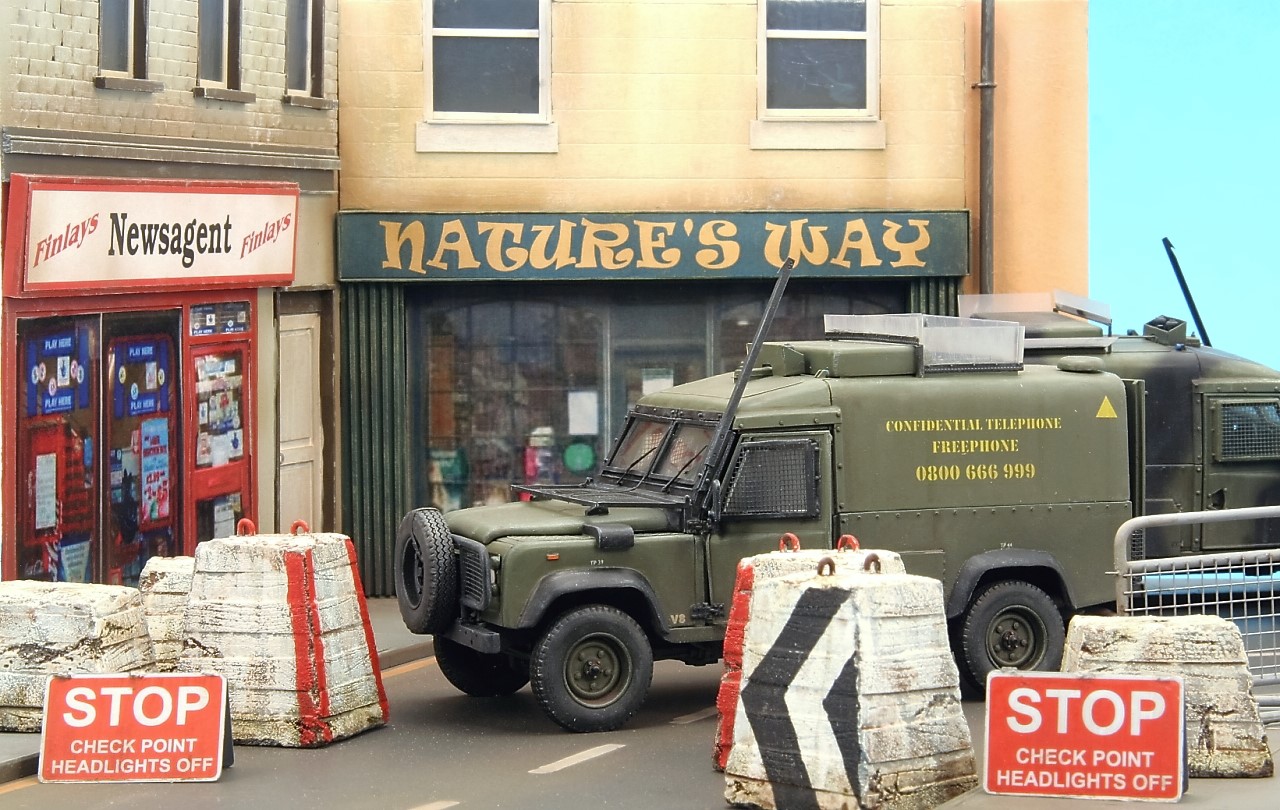 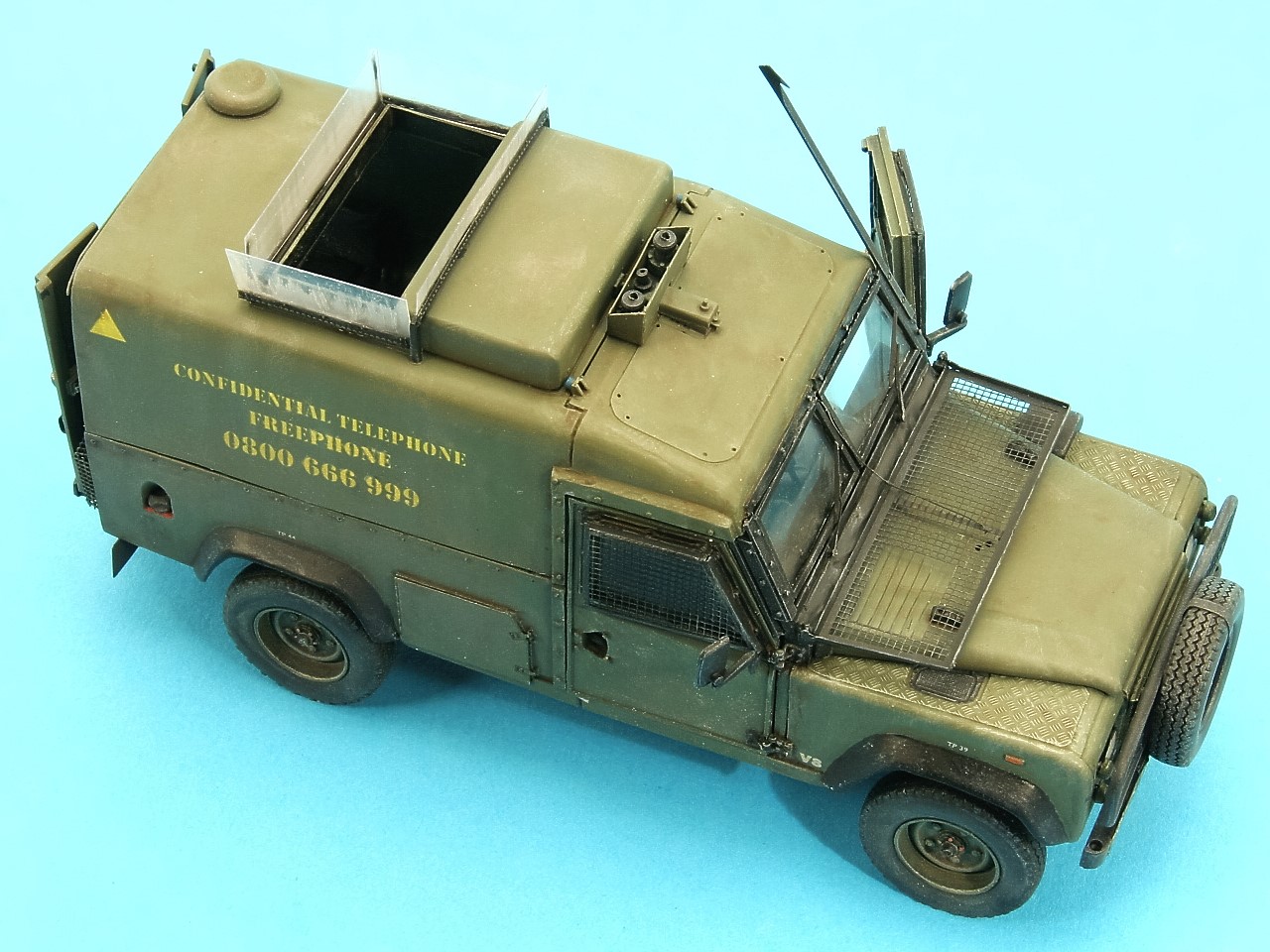 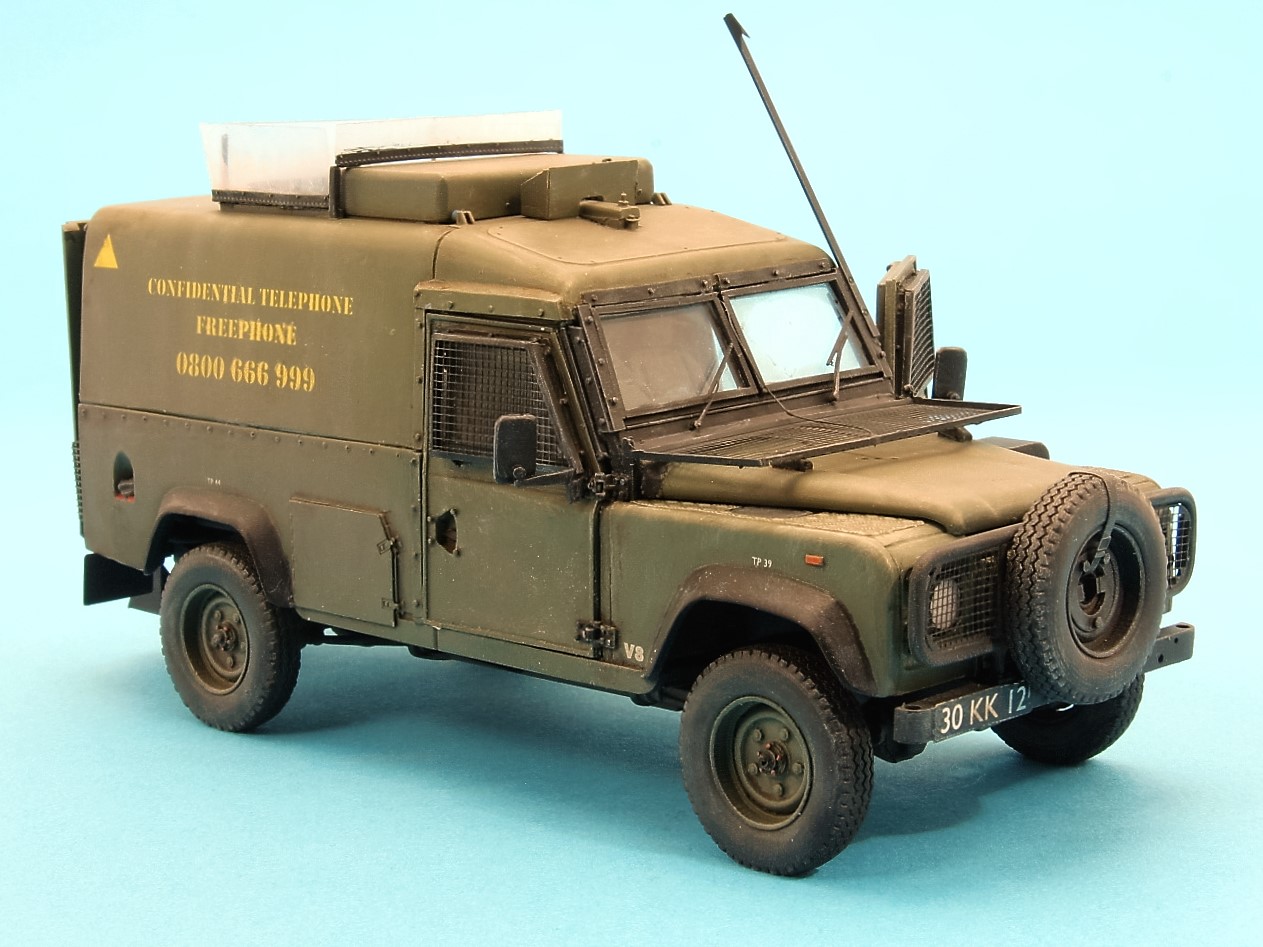 This 1/35th scale resin and etched brass conversion set by Rob Tearle depicts the British Army CAV100 “Snatch” (N.Ireland version), and is designed to transform the 1/35th scale Hobby Boss Land Rover 110 or Wolf kits. The set includes full upper body with interior, V8 engine and replacement axles and a full set of road tyres with front mounted spare. All doors and bonnet can be placed open or closed and the roof hatch slides. Tinted armoured glass windows and clear coloured lights are also included along with a comprehensive set of etched brass mesh protection screens, wire cutter, rear step and many other smaller details.

Full colour instructions and decals are provided and include a selection of vehicle registrations, tactical markings and telephone numbers. The parts required from the Hobby Boss plastic kit are shown below (the tan coloured parts). NOTE:- A Hobby Boss kit is required to complete this model, or use our “One Ten” Chassis replacement set (LRA007) which can be used to make up a full kit (or to replace the Hobby Boss chassis on thier One Ten Land Rovers if you have previously used them for our LRA012, LRA013 or LRA014 conversions)

The CAV 100 (Composite Armoured Vehicle) was introduced in British Army service in 1992 to replace ageing VPK (Vehicle Protection Kit) Land Rovers nicknamed ‘Piglet’. Made by Courtaulds Aerospace, CAV 100 was well liked by crews, being of modular construction using glass fibre plastic formed in three main pieces under very high pressure and mated to the proven 110 Defender chassis and Buick derived V8 petrol engine. CAV 100 gained the name ‘Snatch’ from the nature of operations in Northern Ireland .The vehicle carries a crew of 6 with armoured doors to the side and rear and a roof hatch from where crew can provide cover from behind protective Perspex screens. The protection is from mine/bomb blast and 7.62mm munitions. The benefits of composite armour over the equivalent protection from steel plate are a 20% weight saving without the need for a spall lining and allows for a more benign appearance when compared to other contemporary vehicles.

Although ‘Snatch’ has a high centre of gravity, its handling is a vast improvement on its predecessors. ‘Snatch’ was used in the Balkans peacekeeping operations from 1993 to 2011, Iraq and Afghanistan between 2003 and 2014 while undergoing continuous improvements and continues to be used in Northern Ireland albeit in reworked form as vehicles return from the middle east.