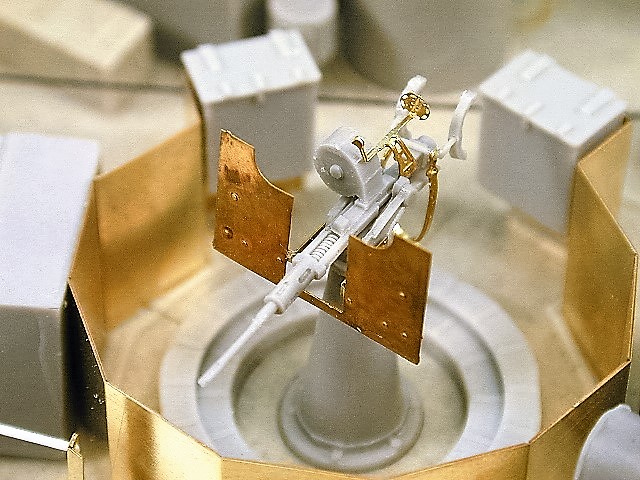 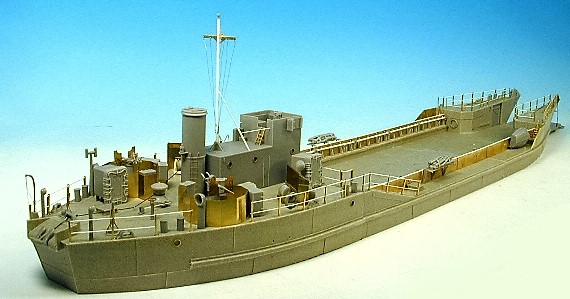 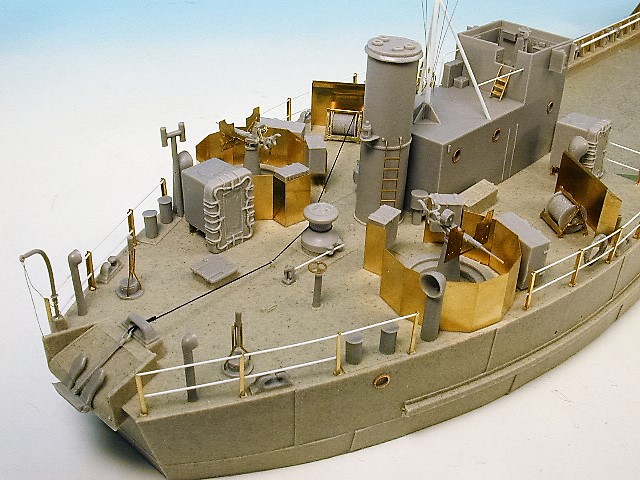 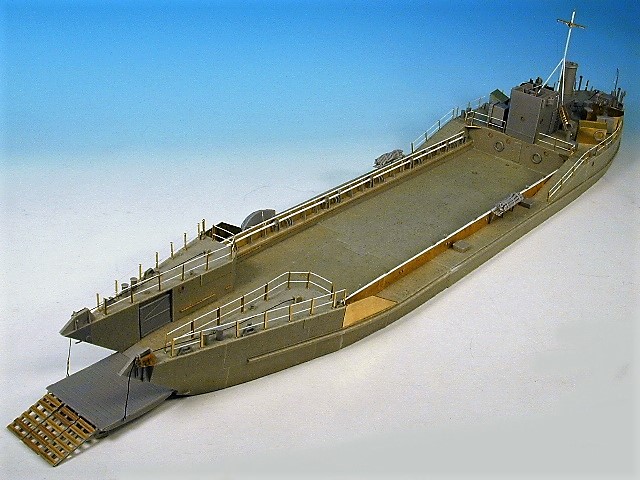 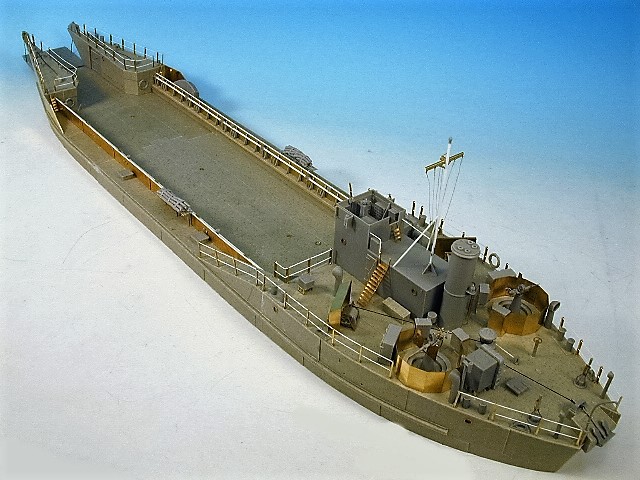 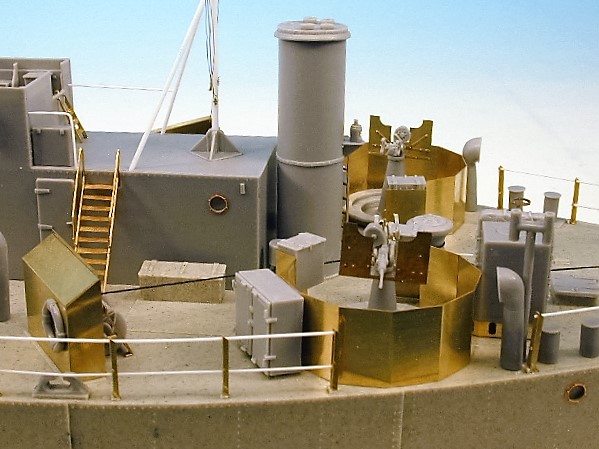 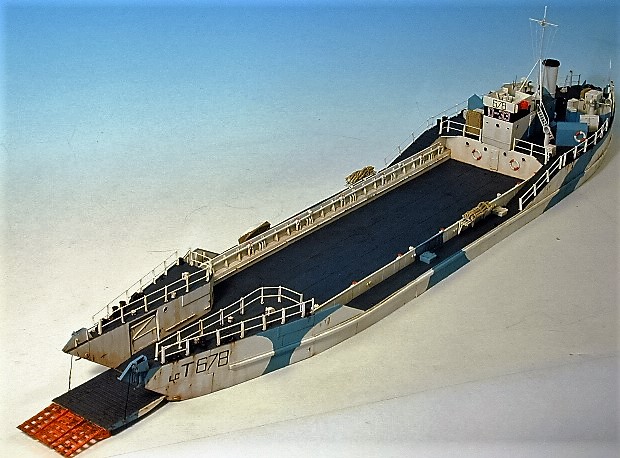 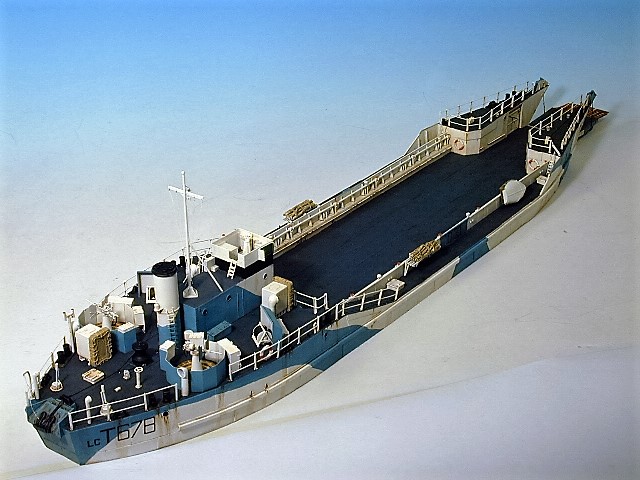 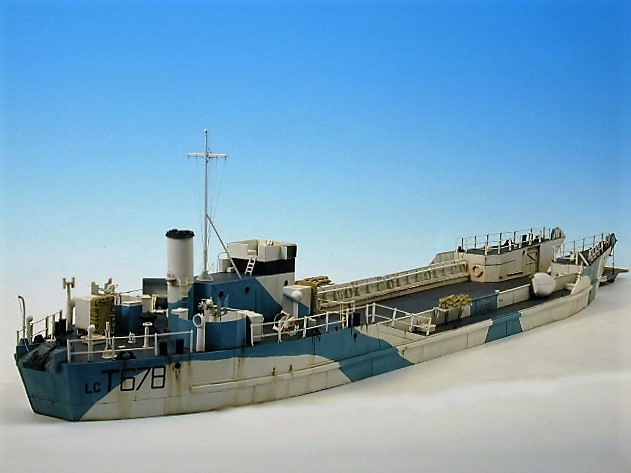 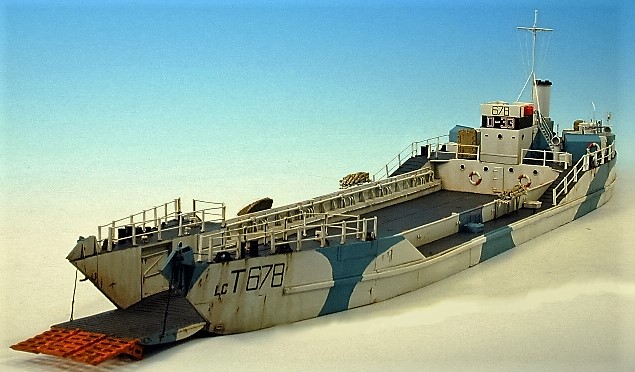 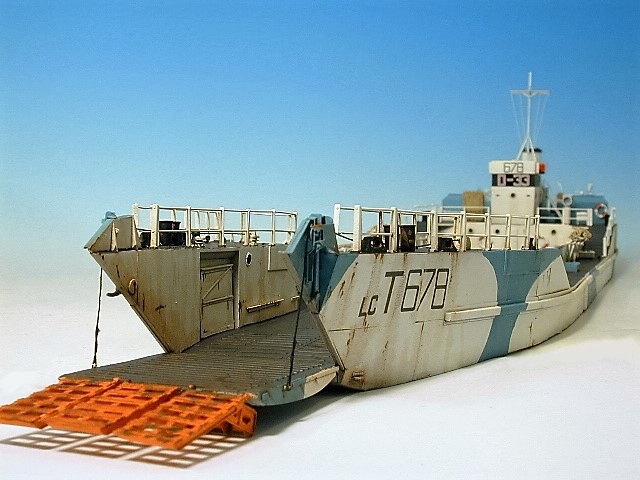 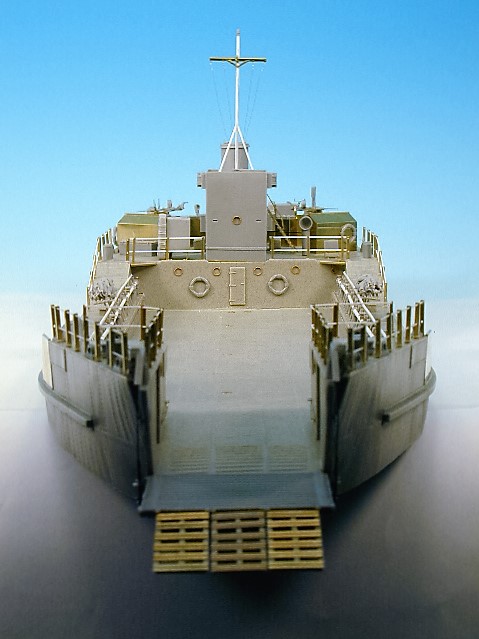 The LCT(4) was a 185.5 foot long British designed and produced ‘shallow draught’ tank landing craft which could carry 9 Shermans/Cromwells, or 6 Churchills, or 300 Tons of stores. 864 were made and were used on ALL D-Day invasion beaches to carry both US and Commonwealth units. The LCT(4) could deploy in water as shallow as 3 feet!This massive model by Dan Taylor and Rob Tearle is 29.25” (745mm) long and 6.25” (157mm) wide and consists of five main castings in resin and a huge quantity of other fittings in resin, metal, and etched brass. 20mm cannons, stowage and ALL fittings are included. The master model was designed using original British War-time shipyard drawings.