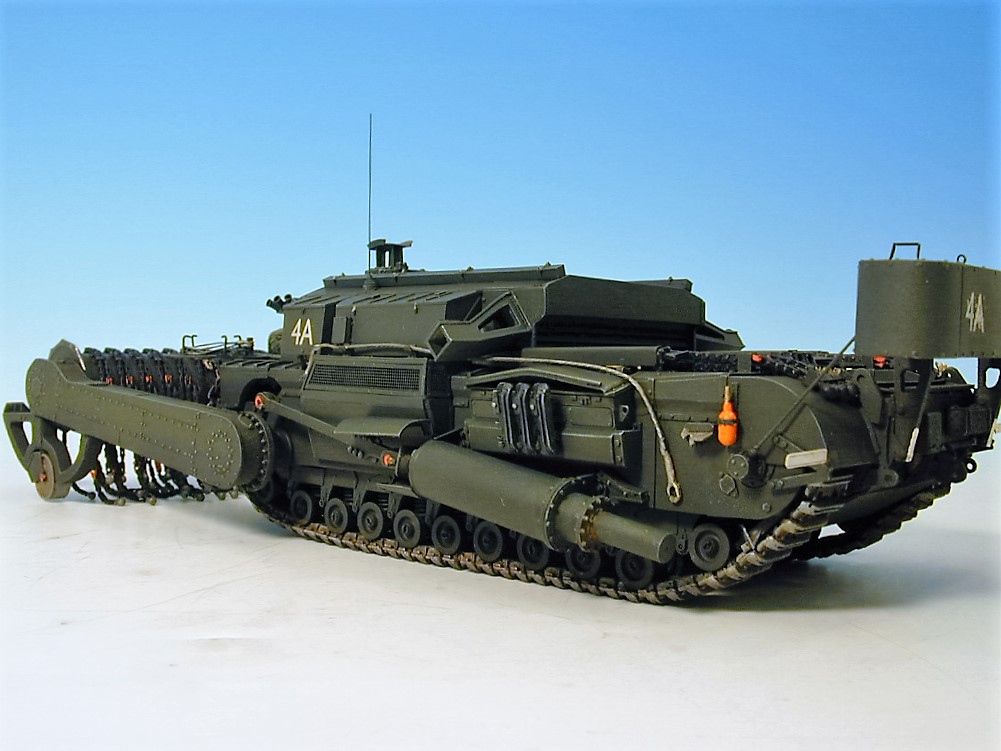 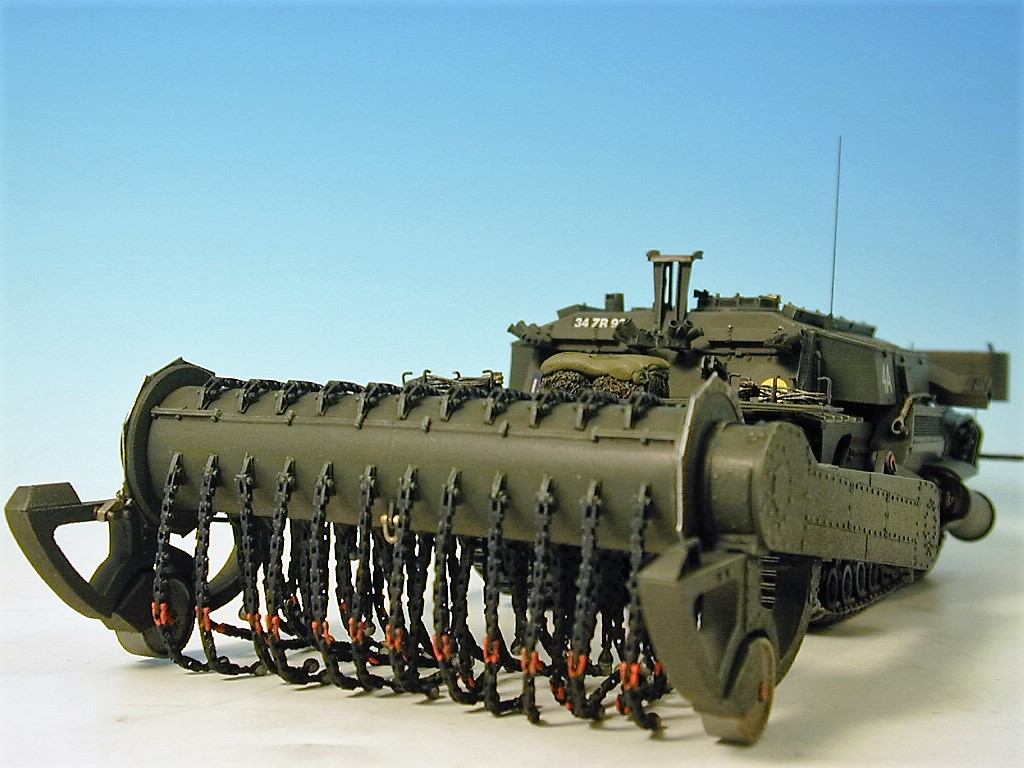 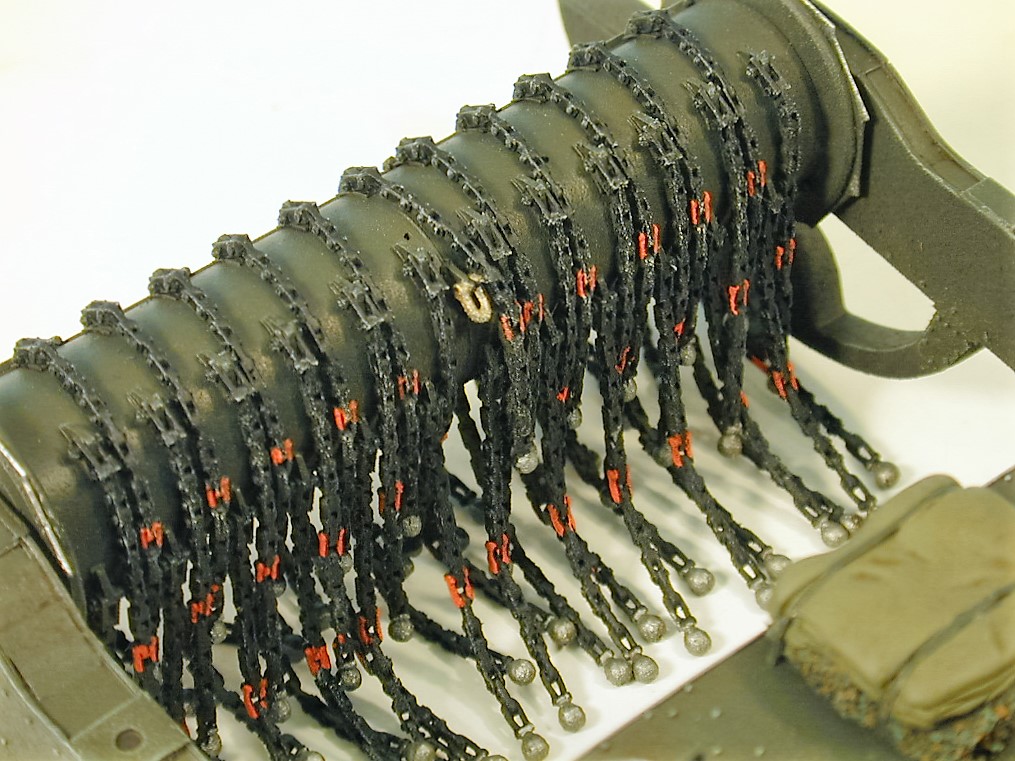 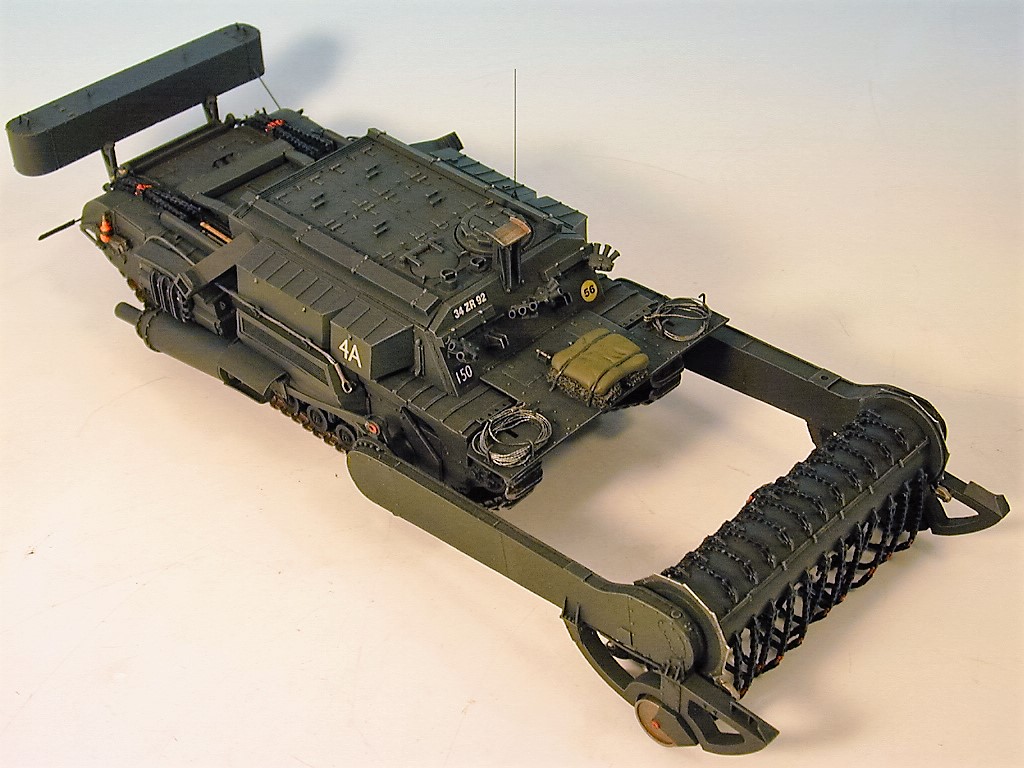 The TOAD was a converted Churchill Mk-7 Infantry tank with an armoured superstructure (140mm thick at the front) containing the 2-man crew and a Meteor V12 tank engine just to power the flail drum. The exhausts came out on the top deck (with NO silencers!) The flail arms can be pivoted back over the rear deck for transport.

A motorised armoured lane marker system fitted to the hull rear fires marker posts into the ground to mark the path cleared by each TOAD. A total of 42 TOADS were built during 1954-1956 and issued to the Heavy Armoured Assault units of the UK Royal Engineers. Although never used in combat they were held in reserve until the late 1960’s. This model depicts one of the 34 ‘final’ design vehicles.

This product is a Conversion set and a donor plastic kit is included- TAMIYA Churchill Mk-VII.