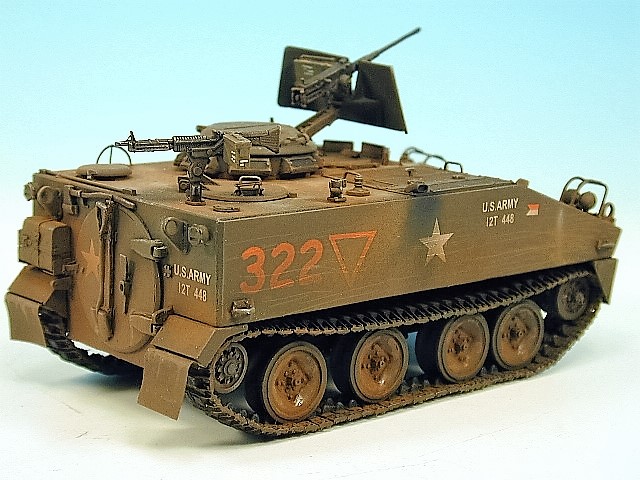 Standard British produced Centurion ARV Mk-2 vehicles were modified by the Australian Army (RAEME) for use in South Vietnam from 1968 to 1971. The basic ARV’s had trackguards re-worked, fittings removed and protection added to allow the vehicles to operate in dense jungle. Extensive crew protection armour was added to the hull rear, and ACAV armour shields and additional weapons fitted for the commander and operator, hence the Australian Army South Vietnam (AASVN) designation 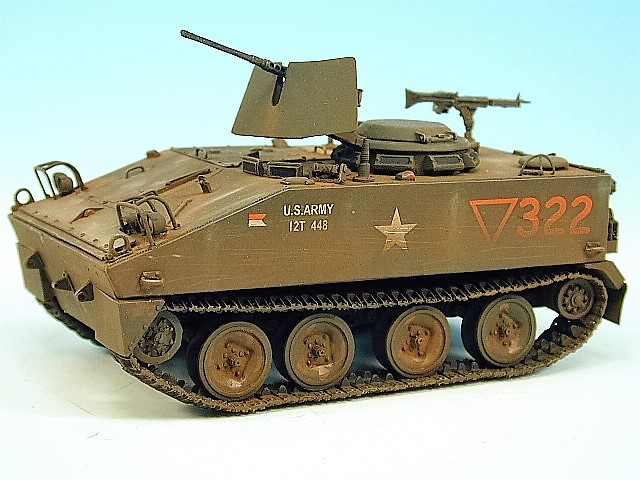 This comprehensive 1/35th scale model by Jon Bottomley has been reworked and re-released with interior detail, new etched brass set and a full set of colour decals. This version depicts the standard Command and Recce M114 in its’ original configuration for use in Vietnam. A further version depicting the M114A1 or M114A1E1 is also avilable as K030E.