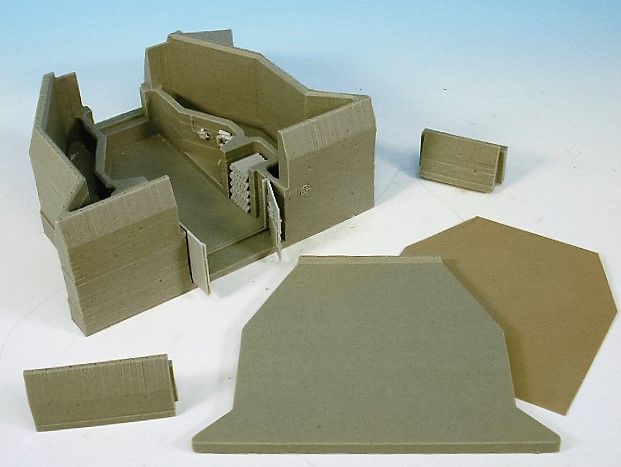 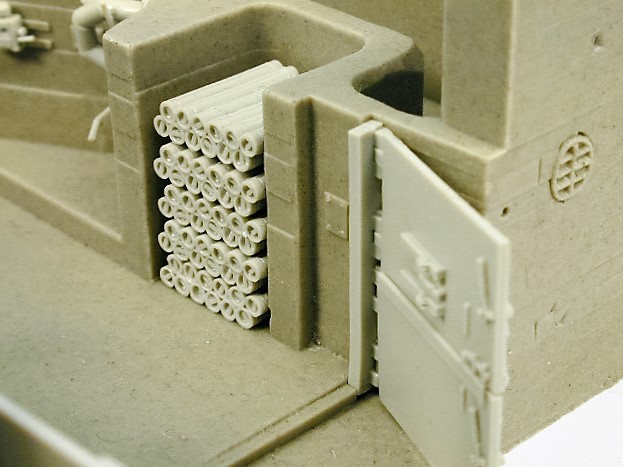 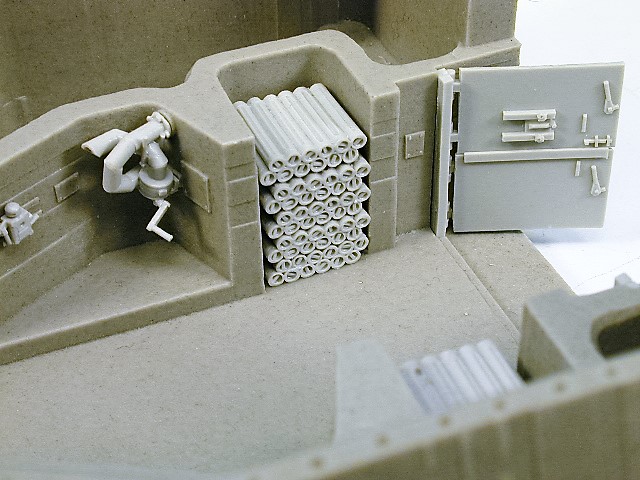 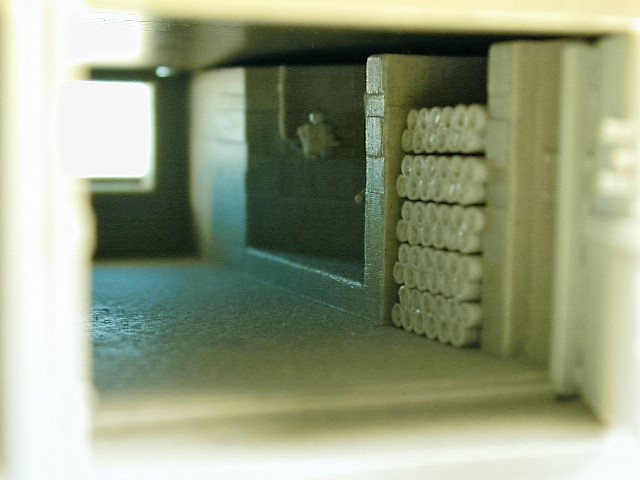 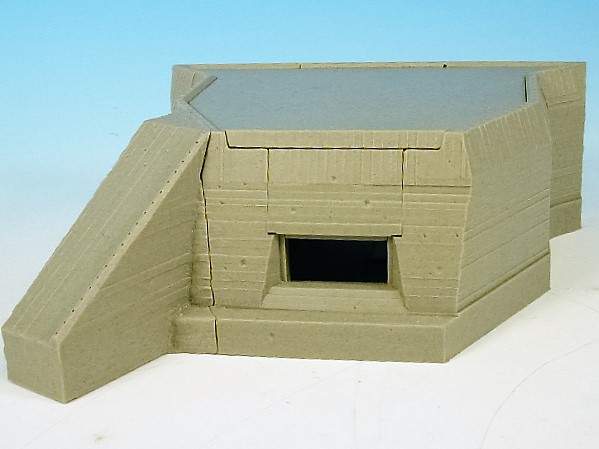 This Pak Casemate Typ-677 was found on all but one of the Normandy invasion beaches, and in particular was the strongpoint responsible for much of the tank losses on OMAHA beach. This standard casemate was also found inland around fortress towns, and also on the West Wall. Any anti-tank gun could be used from inside, but the principle weapon was the 8.8cm Pak 43/41 ‘Barn Door’.This model designed by Derek Hansen is cast in polyurethane resin, with an interior, ammunition, fume extractor, telephone and optional armoured back doors. The model is shown with the Milicast 8.8cm Pak 43/41 ‘Barn Door’.